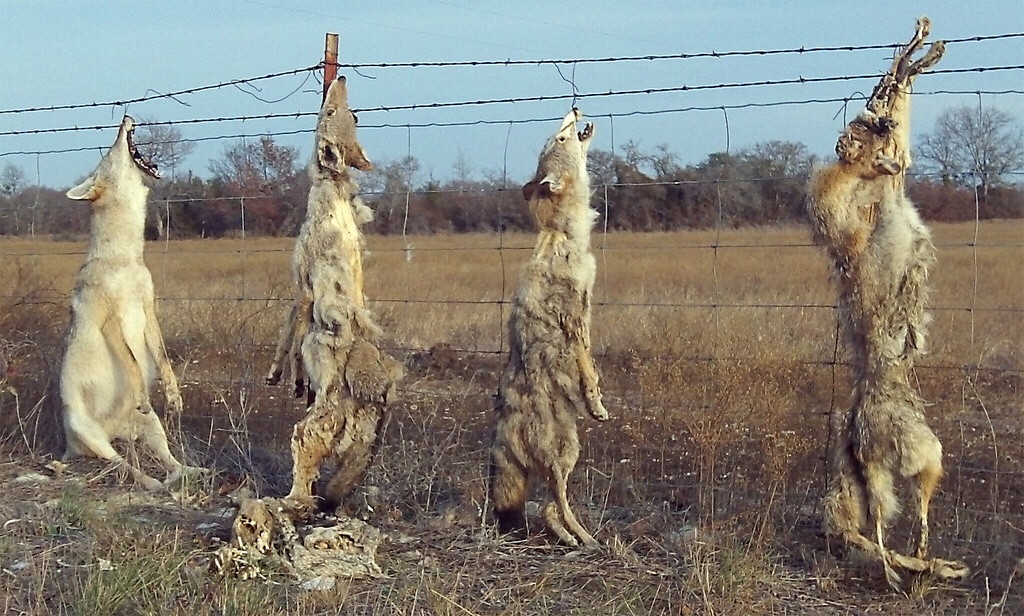 …The idea that only man is equipped for conserving our planet’s natural resources is a dying concept; dying right along with the untold numbers of wild sentient beings killed in the name of conservation. Such problems drive home a critical flaw in the paradigm of conserving wildlife. In the state of Wisconsin alone coyotes are hunted year round because they’re considered vermin that need to be exterminated. It’s about time we work towards changing the paradigm of killing to conserve. It’s going to take a major shift in thinking that will require opening up lines of communication between the general public; specifically with interests in conserving our natural resources for future generations to come. It’s not about numbers. It’s about sentient beings sharing our planet, and how we can coexist for the benefit of all living upon Mother Earth.

More from Compassionate Conservation Matures and Comes of Age by Marc Bekoff Traditional conservation science is ethically challenged and conservation has had a very bloody past and continues to do so. Of course, this does not mean that conservation biologists are cold-blooded killers who don’t care about the well-being of animals, but rather that the problems that are faced throughout the world, most brought on by human intervention in the lives of other animals, are challenging to the point of being daunting. Often, it seems as if the only and easiest solution is to kill the “problem animals” and move on to the next situation, in a never-ending series of conflicts. However, killing simply does not work in the long run. And, of course, as numerous people have pointed out, it is ethically indefensible.

Compassionate conservation also doesn’t allow for people to play what I call the “numbers game.” Claims that go something like, “There are so many members of a given species it’s okay to kill other members of the same species” are not acceptable. With its focus on the value of the life of each and every individual, no single animal is disposable because there are many more like them.

“Killing to save: We really don’t want to kill others animals but…Compassionate conservation also is not concerned with finding and using the “most humane” ways of killing other animals, so killing animals “softly” is not an option, because it’s inarguable that killing individuals in the name of conservation remains incredibly inhumane on a global scale.” Marc Bekoff

What is Compassionate Conservation?

Populations of animals are not homogenous, abstract entities, but comprise unique individuals – in the case of sentient animals, each with its own desires and needs and a capacity to suffer.

Animal welfare as a science and a concern, with its focus on the individual animal, and conservation biology and practice, which has historically focussed on populations and species, have tended to be considered as distinct. However, it is becoming clear that knowledge and techniques from animal welfare science can inform and refine conservation practice, and that consideration of animal welfare in a conservation context can lead to better conservation outcomes, while engendering increased stakeholder support. From Compassionate Conservation website

5 thoughts on “Killing is Not Conservation…”