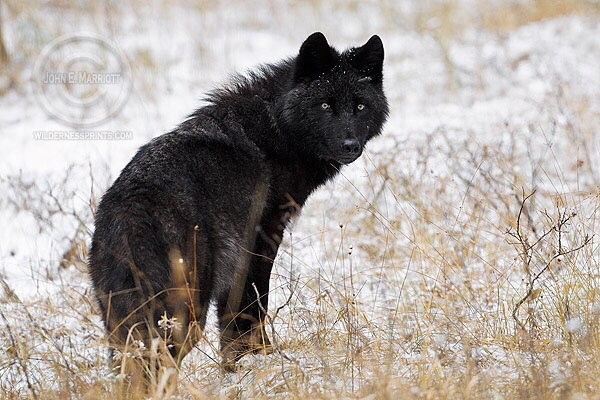 Advice for wining the war-on-wolves. There’s a culture of trolling, attention seekers, and the haters in the comment section on every wolf advocacy page. Those trolls can create a culture of angry rhetoric real fast. It’s my experience (been doing this since the year 2000) that anyone claiming to kill a wolf and use the “SSS” method more than likely are ALL talk. Probably have never even seen a wolf, and if they did would pee their pants in fear. Spending our time fighting these types is a real waste of time. It gets the wolf advocacy movement “nowhere” real fast. The aggressive approach simply doesn’t work.

“How can you stop yourself from yelling and shouting and accusing everyone of cruelty? The easy answer is that the aggressive approach simply doesn’t work.” ~Jane Goodall

We cannot create an atmosphere of compassion, respect & coexistence for wolves if we are fighting and arguing online with the small fish (trolls & attention seekers). Meanwhile, the politicians are enjoying the online show of angry rhetoric. It’s what politicians live for and use to keep the focus off the real issues.

Education and awareness are key components to winning the war on wolves.

Instead we must use scientific facts and real life experiences working with wolves as our best weapon to win the war on wolves. We must rise above the angry rhetoric, after all we have the moral-high-ground because trophy hunts are about power not conservation. Wolves are a part of Wisconsin’s wild legacy.

We must carry the banner forward in compassion for both humans and wolves and wildlife in order to win the war on wolves being waged by special interests groups and unscrupulous politicians.

Respect for all matters…

Join us at Sedona Wolf Week