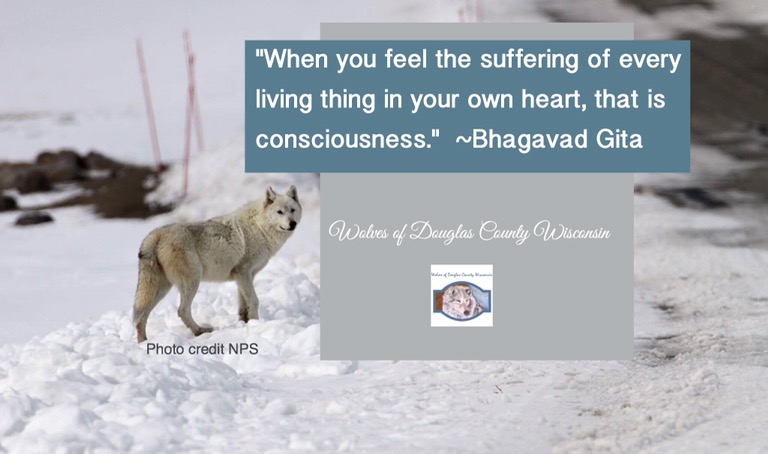 Contact: Morgan Warthin, (307) 344-2015
MAMMOTH HOT SPRINGS, WY – Preliminary results from the necropsy of the Canyon Pack alpha female wolf showed that she suffered from a gunshot wound. Hikers discovered the mortally wounded wolf April 11, 2017, inside Yellowstone National Park near Gardiner, Montana. Park staff responded quickly to the situation and due to the severity of the wolf’s injuries, euthanized the animal. The deceased wolf was sent to the U.S. Fish & Wildlife Service Forensics Laboratory in Ashland, Oregon for a necropsy. The lab has transferred the preliminary results to Yellowstone National Park.
National Park Service law enforcement believes the wolf was shot on the north side of the park, near Gardiner, or near the Old Yellowstone Trail which is located in the park on the northern boundary. The incident likely occurred sometime between April 10 at 1 a.m. and April 11 at 2 p.m.
Continue reading: http://bit.ly/2pFfl9X

A matter of transparency and deep concern about wolf advocacy.