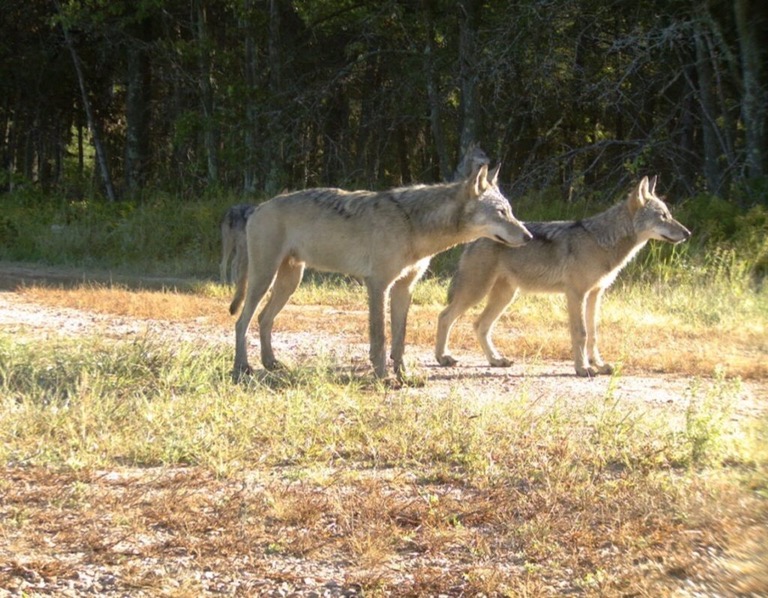 Wolf recovery in Wisconsin began in the late 1970s, and after almost forty years, is still ruled by aggressive hunting conservation policies of; kill-them-to-conserve-them.

“Increasing human tolerance of large carnivores may be the best way to save these species from extinction,” said co-researcher William Ripple…Also, more large protected areas are urgently needed for large carnivore conservation.”

Just how bad is it?

Six of the world’s large carnivores have lost more than 90% of their historic range, according to a study, BBC News.  The research, published in Royal Society Open Science, was carried out by Christopher Wolf and William Ripple of Oregon State University. Range Contractions of the World’s Large Carnivores.

The researchers say re-wilding programmes will be most successful in regions with low human population density, little livestock, and limited agriculture. Additionally, regions with large networks of protected areas and favourable human attitudes toward carnivores are better suited for such schemes.”Increasing human tolerance of large carnivores may be the best way to save these species from extinction,” said co-researcher William Ripple.

When policy is favourable, carnivores may naturally return to parts of their historic ranges. BBC News

Wisconsin’s political-atmosphere regarding favourable policy is lacking; even down-right-hostile in its management of wolves.

In Wisconsin, there are 925 wild wolves sharing the landscape with people in the northern & central forest areas.  Wisconsin Bear Hunters Association (WBA) continues to push for a trophy hunting of wolves. In 2015 WBA worked at Loosening regulations for bear hunters using dogs in pursuit of bear. Because of that change it’s impossible to know; just how many dogs in pursuit of bear are running through the woods.

During the 2016 Wisconsin bear hunting season 37 hunting dogs were lost in the pursuit of bear. In 2017 $99, 400.00 was paid for hounds killed in pursuit of bear, 2016 training & Hunting season, according to the Wisconsin annual wolf depredations payout summary. Did the Wisconsin wolf depredation program reimburse bear hunters who knowingly ran their hunting dogs through WDNR wolf caution areas?

Considering the decades of conflict between bear hunters and wolves; is this becoming harassment of an endangered species.  Isn’t this illegal?

Delisting of Wisconsin’s wild wolf means certain death for this iconic predator, as Wisconsin is the only state that allows hunters to use unleashed packs of dogs to hunt wolves. Wolf hounding fact sheet.

Conservation of large carnivores over the last century has been one of: kill-them-to-conserve ethic. An example of this conservation policy Wisconsin law, 2011 Wisconsin Act 169; “If the wolf is not listed on the federal endangered list and is not listed on the state endangered list, the department shall allow the hunting and trapping of wolves and shall regulate such hunting and trapping as provided in this section and shall implement a wolf management plan. In regulating wolf hunting and trapping, the department may limit the number of wolf hunters and trappers and the number of wolves that may be taken by issuing wolf harvesting licenses.”

Action Alert! Anti-Wolf Riders in House Bill Funding Dept of Interior. We need to make our voices heard and let our politicians know that this bill, along with these anti-wolf riders, is not acceptable. Coexistence, not killing, should be the goal of wolf recovery. Our wolves deserve a better fate than the death sentences our legislators are proposing.

Wisconsin’s large carnivores are being aggressively managed through hunting policies that are impacting black bears. In a research paper “Consumption of intentional food subsidies by a hunted carnivore” Human food subsidies make up more than 40% of the diet of bears in northern Wisconsin. This consumption of human food subsidies, baiting, is negatively impacting the black bear population in Wisconsin. An estimated four million gallons of bait is dropped in Wisconsin’s forests by bear hunters starting in April through mid September.

The researchers found that: “Female consumption of high caloric food subsidies can increase fecundity (the ability to produce an abundance of offspring or new growth; fertility), and can train cubs to seek bear baits. Long-term supplementation can increase a population above its ecological carrying capacity. Further, Wisconsin, humans are influencing the ecosystem not only through top-down forces via hunting, but also through bottom-up forces by subsidizing the food base. Researcers’ findings emphasize the need to understand what effects conservation and management strategies that feature human subsidies can have on wildlife, particularly how they alter behavior, population sizes, and demographic parameters.”

Wisconsin, humans are influencing the ecosystem not only through top-down forces via hunting…

Is it possible to move conservation policy from a killing to conserve to a compassionate ethic? There’s a movement towards compassionate conservation that I hope Wisconsin can adopt. Compassionate conservation policy developed by Born Free Foundation “​Guiding principles; First, do no harm as a commitment to prioritising non-invasive approaches in conservation research and practice, and an acknowledgement that invasive interventions may harm individuals, populations, and ecosystems. Individuals matter in conservation research and practice, not merely as units of species and populations, and should be treated with compassion both in the wild and in captivity Valuing all wildlife as worthy of conservation effort, whether native or introduced, whether common or rare, and regardless of perceived usefulness to humans.” 2017 Compassionate Conservation Convention is Being held in Sydney, Australia on November 20-24, 2017.

Wolf recovery in Wisconsin began in the late 1970s, and after almost forty years, is still ruled by aggressive hunting conservation policies of; kill-them-to-conserve-them.  Isn’t it time for Wisconsin’s wolf management plan to move forward into a new age; that supports increasing human tolerance of large carnivores.

Trophic Cascades are powerful indirect interactions that can control entire ecosystems. Trophic cascades occur when predators limit the density and/or behavior of their prey and thereby enhance survival of the next lower trophic level.