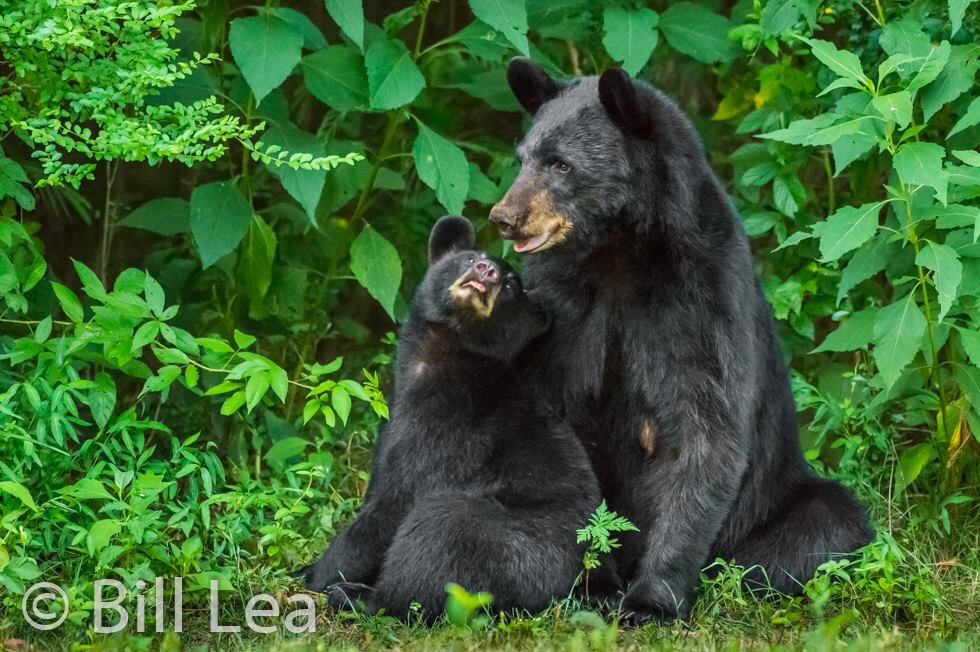 …direct quote from the author, Dale Bowman, of a recent article; Loose the hounds: Following bear hounds in northern Wisconsin, in The Chicago Sun Times, on August 22, 2016.  The author of this article rode along with a family of bear hunters using dogs in pursuit of bear in another Wisconsin.

NORTHERN Wis.–Snorting, the black bear crashed through brush with hounds snarling and baying just behind, unseen in the lush summer green. Standing on a forest road, I timed it well enough to snap a photo as the bear broke across in a full-stretch dark streak.
“Do you think you could have shot it?’’ asked Pat, patriarch of a hound hunting family.

Not sure what I expected from tagging along on training hounds for bear hunting, but it was one of my all-time experiences, doubly so because our 15-year-old daughter Sara wanted to come along.
Make no mistake, bear hunting is blood sport, especially with hounds. So our host family of hound lovers, Heath, son of Pat, his wife Laurie and their daughter Sierra, asked that I not use their last name.
And I mean family. Heath began going along as a 3-month-old; he and Laura started Sierra about as young.
Their home pays homage to bears from decorative paws outside to bleached bear skulls and cured hides inside.
It was truly primordial, beautiful in animal athleticism.
Bear season in Wisconsin runs five weeks, this year beginning Sept. 7. There is a split between using dogs and not using dogs (no dog hunting is allowed in Zone C). Otherwise, this year the first four weeks are open to non-dog hunting, the final four weeks for dog hunting only with a three-week overlap in the middle. There is differences of opinion between bait-sitters and those who hunt with hounds. Read full story by clicking HERE

You can help Wolves of Douglas County Wisconsin’s legislative campaign to end the sport of bear hounding in the north woods of Wisconsin
Wisconsin Residents experiencing any of the following conflicts due to bear hunters use of dogs in pursuit of bear during training or hunting times are encouraged to file written complaints:
A). Trespassing on private property by bear hound hunters that have not asked for permission, and especially if you’ve posted private property/no hunting signs
B). Noise complaints of baying hounds at night that interrupts sleep

C). Encountering large packs of free ranging bear hunting dogs while using public lands where you feel for your safety
We need these complaints written in order to file a: Freedom of Information Act (FOIA) request to support our legislative campaign to end bear hounding in the the north woods of Wisconsin. Will gather all these complaints to present to legislators.

Disclaimer *not affiliated or aligned with Wolf Patrol

One thought on ““Make no mistake, bear hunting is blood sport, especially with hounds…””