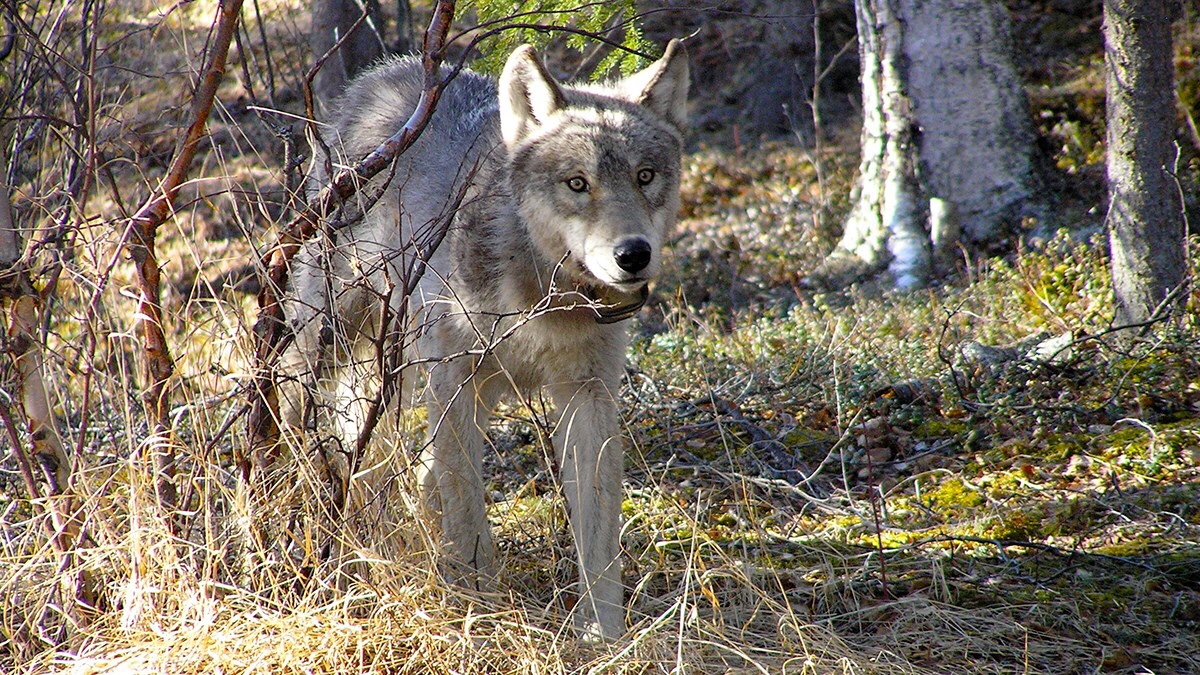 U.S. Rep. Sean Duffy again is trying to kill Endangered Species Act protection for wolves, this time as he is headed into a contentious election.

In a news release issued by Duffy, he said the bill would return management of the roughly 900 wolves in Wisconsin to state officials.

“Wisconsin deserves the opportunity to use science-based wildlife management for our own gray wolf population, because we know what’s better for our state’s ecosystem better than activist judges in Washington,” Duffy said. “I’m proud to introduce bipartisan legislation to delist the gray wolf because Wisconsin farmers deserve to be able to protect their livestock, and they should not suffer because of the decisions made by an overreaching federal government a thousand miles away.”

Wolves were virtually extirpated in Wisconsin by hunters and farmers who feared depredations to livestock and who were also encouraged by bounties for wolf kills. Although wolves were essentially extinct in the state by the 1950s, the bounty remained in existence until 1957.

In the 1970s, wolves naturally began to make a comeback in the state and they were added to the Endangered Species Act in 1974, with the state following suit in 1975. In the face of growing numbers of wolves in the state, wolves were removed from the Endangered

Species Act in 2012 after a number of court challenges. A further legal challenge resulted in wolves being relisted in 2014.

Opponents of the relisting say it gives farmers and ranchers no legal avenue to protect their livestock from wolves.

Duffy’s proposal would allow all 48 of the continental United States to control their own populations and it includes a clause that says the action “shall not be subject to judicial review.”

“This would delist grey wolves over a wide range, the entire 48 states, rather than just reissue the older Fish and Wildlife Service rule, which is what the previous bill did; it was more narrow in scope, delisting protections only in the upper Midwest and in Wyoming.”

In an interview with radio-based Brownfield Ag News, Duffy said he has a slim-but-real possibility of getting the bill passed in the House by the end of September.

“We have the votes to pass it (in the House). Once that happens, I’ve got a few senators who have indicated they will introduce a companion bill in the Senate so we can get a package to the president’s desk,” Duffy told Brownfield.

“But they were and are being prevented from doing so because of the courts,” he said.

There are arguments for and against delisting. Farmers are among those who most vocally favor removing protections.

Jack Johnson, a director with the North Central Wisconsin Cattlemen’s Association, told Wisconsin Public Radio in January that he supports any effort to delist the wolf.

“The state could start managing them and get a little control over the numbers, because right (now) they’re expanding way more than we’ve got room for them,” Johnson said.

The state spent $200,505 in wolf-damage payments to those who lost animals or livestock in 2015. Earlier this year, state officials were organizing claims from 2016, primarily from farmers and bear hunters whose dogs strayed into wolf territory and were killed.

“Given the number of dogs that were killed, the significant increase in the compensation payments related to hunting dogs, that is likely to drive an increase in the total amount of compensation,” said Dave MacFarland, large carnivore specialist with the Wisconsin Department of Natural Resources.

He said 31 farms experienced wolf depredation or harassment in 2016 compared to the 35 farms in 2015.

Wolf advocates remain opposed to placing the wolf back under state management. Rachel Tilseth, founder of the website Wolves of Douglas County Wisconsin, said her organization has little faith in the state to do what is best for the animals.

“Because apparently management of wolves means a wolf hunt,” Tilseth said. “For them, that’s the only way that they feel they can manage them, is through the hunting and trapping and barbaric use of dogs.”

Peter David, wildlife biologist with the Great Lakes Indian Fish and Wildlife Commission, said tribes also are concerned about the precedent that could be set with wolf delisting legislation.

“There are real concerns about any effort that undermines the Endangered Species Act if we start cherry-picking,” David said.

Wisconsin tribes oppose a wolf hunt and did not allow wolf hunting on reservations prior to the relisting.

“The tribes in general have supported maintaining wolves on the Endangered Species Act because of the cultural significance of wolves,” said David. “The tribes have felt those types of protections are appropriate for wolves.”

Meanwhile, the Sigurd Olson-based Timber Wolf Alliance is not opposed to the concept of delisting, but according to Alliance head Adrian Wyd even, the devil is in the details.

“Historically, the Timber Wolf Alliance has supported efforts to downlist and delist wolves in the western Great Lakes region, done through normal Endangered Species processes through the U.S. Fish and Wildlife Service,” he said. The Alliance has favored reducing the timber wolf status to threatened from endangered and supported delisting in 2006 and 2011.

“But I think we would have some concerns about delisting wolves throughout the U.S. without a much more thorough assessment and analysis, something that should be done through the Fish and Wildlife Service, not just as a congressional action.”

Wydeven said that by agreeing with delisting in the past, the Alliance has concluded that states can be good conservationists in managing state wolf populations.

Nevertheless, many members of the Alliance were uncomfortable with the “overly aggressive” hunting goals set by the state.

“I am sure there would be concerns by our membership if that is done nationwide,” he said.