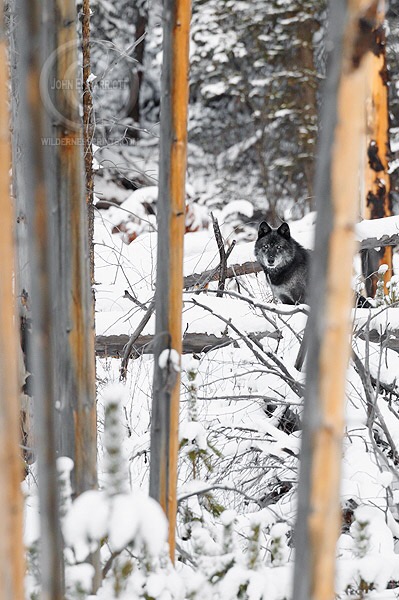 Foxlights a nighttime predator deterrent developed by Ian Whalan, an Australian sheep farmer was a part of this seven year case study, “Adaptive use of nonlethal strategies for minimizing wolf–sheep conflict in Idaho”  published in the Journal of Mammalogy

The following is a brief summary of the research article:

Worldwide, native predators are killed to protect livestock, an action that can undermine wildlife conservation efforts and create conflicts among stakeholders. An ongoing example is occurring in the western United States, where wolves (Canis lupus) were eradicated by the 1930s but are again present in parts of their historic range. While livestock losses to wolves represent a small fraction of overall livestock mortality, the response to these depredations has resulted in widespread conflicts including significant efforts at lethal wolf control to reduce impacts on livestock producers, especially those with large-scale grazing operations on public lands.

A variety of nonlethal methods have proven effective in reducing livestock losses to wolves in small-scale operations but in large-scale, open-range grazing operations, nonlethal management strategies are often presumed ineffective or infeasible. To demonstrate that nonlethal techniques can be effective at large scales, we report a 7-year case study where we strategically applied nonlethal predator deterrents and animal husbandry techniques on an adaptive basis (i.e., based on terrain, proximity to den or rendezvous sites, avoiding overexposure to techniques such as certain lights or sound devices that could result in wolves losing their fear of that device, etc.) to protect sheep (Ovis aries) and wolves on public grazing lands in Idaho.

We collected data on sheep depredation mortalities in the protected demonstration study area and compared these data to an adjacent wolf-occupied area where sheep were grazed without the added nonlethal protection measures. Over the 7-year period, sheep depredation losses to wolves were 3.5 times higher in the Nonprotected Area (NPA) than in the Protected Area (PA).

Furthermore, no wolves were lethally controlled within the PA and sheep depredation losses to wolves were just 0.02% of the total number of sheep present, the lowest loss rate among sheep-grazing areas in wolf range statewide, whereas wolves were lethally controlled in the NPA. Our demonstration project provides evidence that proactive use of a variety of nonlethal techniques applied conditionally can help reduce depredation on large open-range operations.

We are breaking down old barriers and creating new paradigms of wildlife coexistence. ~ Suzanne Asha Stone

“For the last decade, we’ve been working to determine if wolves and livestock can coexist across large landscapes using only nonlethal methods, which we were told was impossible and impractical. The results of the peer-reviewed paper? Far fewer livestock losses and no wolves killed by livestock protection agencies in our national forest Wood River Wolf Project area where 10,000 to 22,000 sheep graze all summer long annually. Over the 7 year field trial, we lost only 30 sheep total to wolves – far fewer than adjacent areas where wolves are killed to protect livestock. Huge thanks to the Journal of Mammalogy, my coauthors, project partners and mentors, field techs, volunteers, readers, and all our supporters. We are breaking down old barriers and creating new paradigms of wildlife coexistence.

In Wisconsin Foxlights are saving lives with lights. Click the blue highlighted words to get the story.

Foxlights is just be more tool in the non lethal…