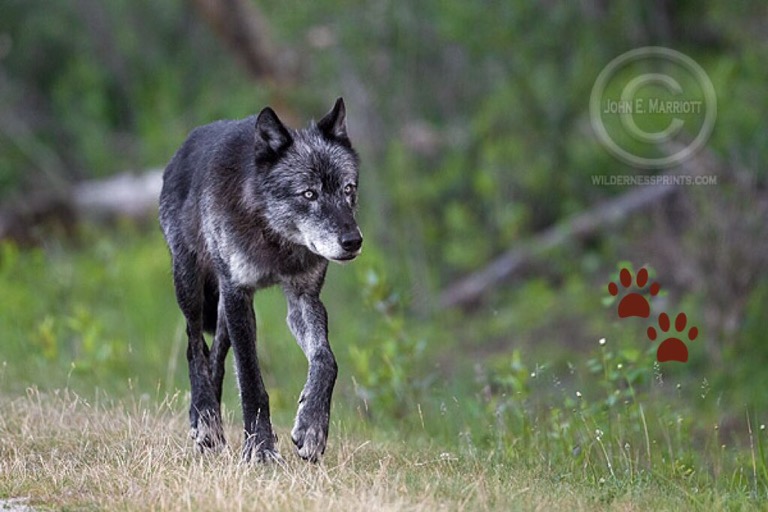 A hunter gets up to $2,500 per dog — even when a hunter violates state rules or releases hounds in areas the state Department of Natural Resources has mapped as dangerous because of wolf activity...According to an Opinion Editorial in the Wisconsin State Journal Read on:

Here’s an easy assignment for state lawmakers who oppose wasteful spending and who favor personal responsibility: Stop paying tens of thousands of dollars a year to irresponsible bear hunters whose hounds are killed by wolves.
Wisconsin is the only state in the nation that compensates hunters when wolves kill their animals. A hunter gets up to $2,500 per dog — even when a hunter violates state rules or releases hounds in areas the state Department of Natural Resources has mapped as dangerous because of wolf activity.
So far this year, a record 28 hunting dogs have been killed by wolves, the State Journal just reported. That could cost the public some $70,000 in unjustified payments. And bear season is just beginning.
Most of the dogs that have been killed were being trained for hunting on public land. Owners release their dogs to track and chase bears up trees, where the bears can be easily shot.
That’s not much of a challenge, which is why most hunters don’t use dogs to tree bears. Bear hunting with dogs is expensive and cruel to the animals that are hurt.
Wisconsin has more than doubled the number of bear hunting licenses it issues over the last decade. But only 10 percent to 15 percent of the bears taken from the woods were killed by hunters using dogs to tree them, according to the DNR.
That begs the question: Why does Wisconsin even allow bear hounding. Many states don’t.

State wildlife experts aren’t sure why more dogs are being killed this year. Wisconsin’s wolf population has grown, but not significantly in the areas where the dogs are being attacked.
Wisconsin has relaxed its hunting regulations. A license is no longer needed to train dogs in the summer, which is when wolves are raising their pups. That may cause wolf packs to be more aggressive about protecting their territory and young when they spot a hunting dog nearby.
Another factor is Wisconsin’s liberal law on baiting bears. While some states limit baiting to 30 days a year, Wisconsin permits the practice for about 145 days.
Besides killing hunting dogs, some wolves have attacked livestock. In total, about 58 domesticated animals (including the dogs) have been killed or injured by wolves this year, mostly in northern Wisconsin.
The state compensates farmers for lost livestock at market value. That seems fair, since farmers aren’t creating the conflict, and the cost is less than for dogs. The DNR, for example, reimbursed a farmer $800 for a calf last year.
Despite some difficulties, the return of the wolf to Wisconsin after near-extinction is welcome. The DNR counted nearly 900 wolves last winter. The wolves help control deer and other animals that damage crops, and they restore ecological balance to our forests.
The state shouldn’t pay hunters who lose hounds to wolves after disregarding rules and the DNR’s advice. The Legislature should stop the offensive payouts to a minority of bear hunters who don’t deserve compensation for risky behavior.

One thought on “Opinion Editorial: Wisconsin is the only state in the nation that compensates hunters when wolves kill their animals…”