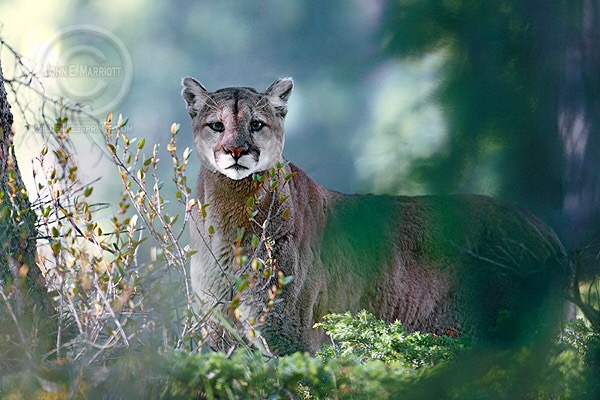 Source And it’s getting closer and closer, and it’s red, and it’s copper, and it’s got the big, fat square face and the long, the long tail,” Crystal Hart said.  Watch the following video:

Neighbors Crystal Hart and Tara Propeck said there’s no doubt in their minds they saw a cougar shortly before 11 a.m. at the edge of the tree line.
“It came out to pretty much its shoulders, so we could see its full face and its shoulders,” Propeck said.
“And you’re thinking big cat?” WISN 12 News reporter Terry Sater asked.
“Huge cat. Oh, yeah. You’re thinking you’re at the Milwaukee County Zoo looking at a cat. You know what a large yellow lab looks like? Bigger than that,” Hart said.
Ten of Hart’s chickens disappeared from her backyard over the past week. She found feathers near the woods and a large paw print. Source

Foxlights a non lethal predator deterrent is needed to deter the big cat. Will work on getting Foxlights to these two ladies. ~Rachel