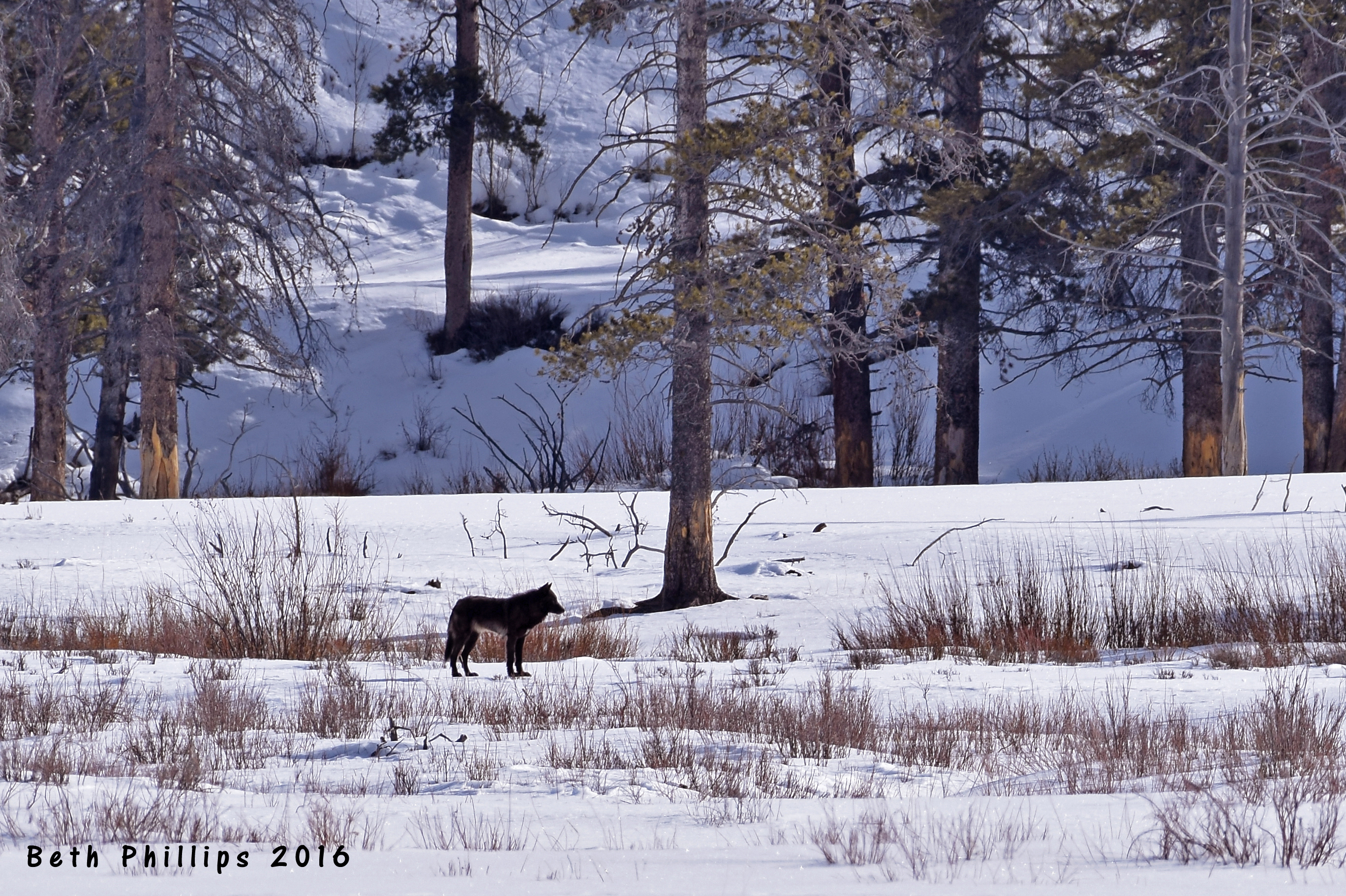 Anger, disgust, fear – those are the emotions running through me right now.

The 6-month-long wolf hunting season in Montana begins today, September 15th and runs through March 15th – six long and stress-filled months. Montana has mapped the state into 18 Wolf Management Units (WMUs) which it opens to wolf hunting. Of these 18 WMUs, only 3 have quotas. The remaining 15 have no limits on how many wolves are killed.

What makes the Montana scheduled wolf hunt all that much worse is that many of the WMUs immediately surround Yellowstone, Teton, and Glacier National Parks, where wolves are protected, and which also serve as corridors for wolves dispersing into or out of these parks. The Yellowstone wolves, especially, are more used to and tolerant of human presence. If these wolves happen to take one step over the invisible park boundary, they can be shot and killed by trophy “hunters”. How “sporting” is it to sit with a loaded rifle just outside of a National Park waiting for a wolf to step over a human-drawn border of which the wolf has no knowledge?

How lonely is the night without the howl of a wolf. ~Unknown

Yellowstone wolves are in even greater peril, as the first wolf hunting season since 2013 begins in Wyoming on October 1st and runs through December 31st. Wyoming has designated 12 wolf hunting units surrounding Yellowstone National Park where up to 44 wolves can be shot and killed. In the remainder of the state, wolves are considered predatory animals and can be shot and killed 24/7, 365 days a year.

When I was twelve, I went hunting with my father and we shot a bird. He was laying there and something struck me. Why do we call this fun to kill this creature [who] was as happy as I was when I woke up this morning. ~Marv Levy

It seems that wolves everywhere are under attack. In my home state of Wisconsin, wolves are being used as political pawns and may soon be hunted like Montana’s and Wyoming’s wolves. What’s worse, is that in Wisconsin it is legal to use dogs when hunting wolves – pitting dogs against wolves – it doesn’t get much lower than that.

With the ever-growing movement of protecting and preserving wolves and wildlife, it appears our politicians and state wildlife agencies are doing just the opposite and keeping the recovery and future of wolves in peril.

7 thoughts on “Wolves in Peril: The Hunt has Begun”