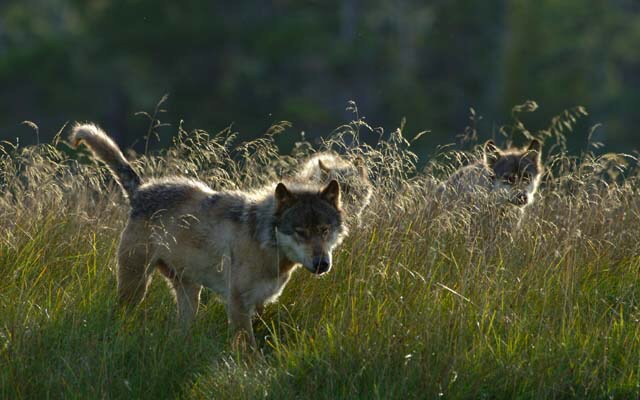 Capital Times Wednesday August 30, 2017
Dear Editor: Wisconsinites have been subjected to a great deal of political rhetoric regarding the wolf. All this rhetoric is about instilling hate and fear in order to gain support for delisting of the wolf as endangered. It’s best to let scientific fact and public input be the guiding factors in determining the fate of Wisconsin’s wild wolf. But first you’ve got to get past the lack of factual information and politicians’ fearmongering.

Wisconsin voters must remember the saying that there’s no such thing as an honest politician. That saying rings true no matter what political side of the fence you sit on. Politicians are good at agitating on either side of an issue, which in this case is the heated debate of whether to delist the wolf.

I wouldn’t waste any time worrying about the wolf. It’s unscrupulous politicians that we all should be concerned about. Recently, Sen. Ron Johnson, R-Wis., held a meeting in Spooner on short notice, inviting only folks that were for wolf delisting, and failing to inform the rest of his constituents about the meeting. His aides ran the Aug. 16 meeting, which was held to drum up support for Senate Bill 1514, the HELP for Wildlife Act, which Johnson is co-sponsoring. This bill calls for delisting the wolf, and has a rider attached to prevent any judicial review of the decision.

Send your letter to the editor to tctvoice@madison.com. Include your full name, hometown and phone number. Your name and town will be published. The phone number is for verification purposes only. Please keep your letter to 250 words or less.

Tips for writing your letter:

Keep your letter short, focused, and interesting. In general, letters should be under 200 words, 150 or less is best; stay focused on one (or, at the most, two) main point(s); and get to the main point in the first two sentences. If possible include interesting facts, relevant personal experience, and any local connections to the issue. If you letter is longer than 200 words, it will likely be edited or not printed.
Write the letter in your own words. Editors want letters in their papers to be original and from a reader. Be sure that you take the time to write the letter in your own words.
Refute, advocate, and make a call to action. Most letters to the editor follow a standard format. Open your letter by refuting the claim made in the original story the paper ran. Then use the next few sentences to back up your claims and advocate for your position. Try to focus on the positive. For example: According to the Union of Concerned Scientists, investments in renewable energy would bring over $200 million to our state and create 36,000 jobs by 2020. Then wrap your letter up by explaining what you think needs to happen now, make your call to action.
Include your contact information. Be sure to include your name, address, and daytime phone number; the paper will contact you before printing your letter.