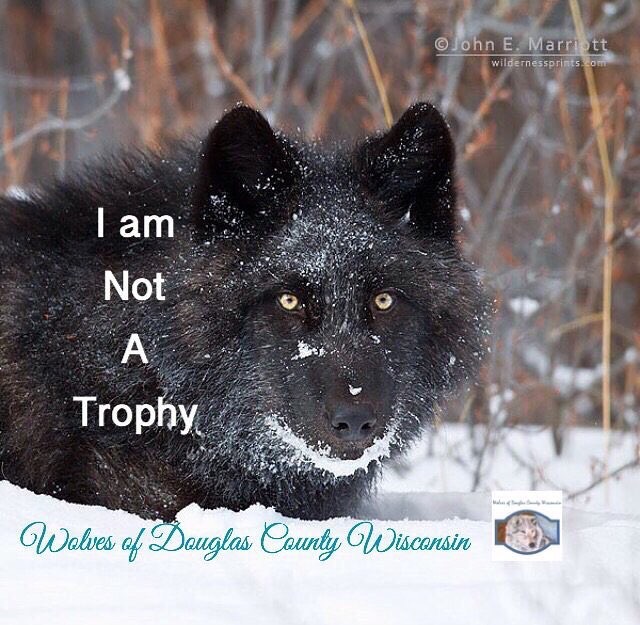 What does healthy activism look like?  The word transparency comes to mind when looking into The meaning of healthy activism. This means; openness, accountability, and straightforwardness in advocacy.

Now add effectiveness in advocacy, and it’s about the desired outcome; changing the public’ perception of wolves from negative to positive. Just where does healthy activism work for achieving this goal?

Is bashing hunters or arguing with, or threatening to kill hunters considered healthy activism? Or is it about feeding emotions from frustration?

Affective is mostly limited to the world of psychology and deals with emotions, feelings, and moods. Effective is used in everyday language and means successful in achieving a desired result.

Be effective striving for a healthy outcome. Change the the public’ perception of wolves; be an effective advocate for wolves.

Graphic “I am not a trophy” made  by WODCW

Wisconsin can no longer afford to go back, back to the old way of thinking; the killing of wildlife in order to conserve them. For example; Wisconsin spent decades on wolf recovery, recovery of an imperiled species that was hunted to near extinction; then in a shocking twist, the state of Wisconsin legislature mandated a trophy hunt of wolves fresh off the Endangered Species List;

If the wolf is not listed on the federal endangered list and is not listed on the state endangered list, the department shall allow the hunting and trapping of wolves and shall regulate such hunting and trapping as provided in this section and shall implement a wolf management plan. In regulating wolf hunting and trapping, the department may limit the number of wolf hunters and trappers and the number of wolves that may be taken by issuing wolf harvesting licenses. 2011 Wisconsin Act 169, wolf hunt. Read  more about changing Act 169 on Wolves of Douglas County Wisconsin’s blog click HERE