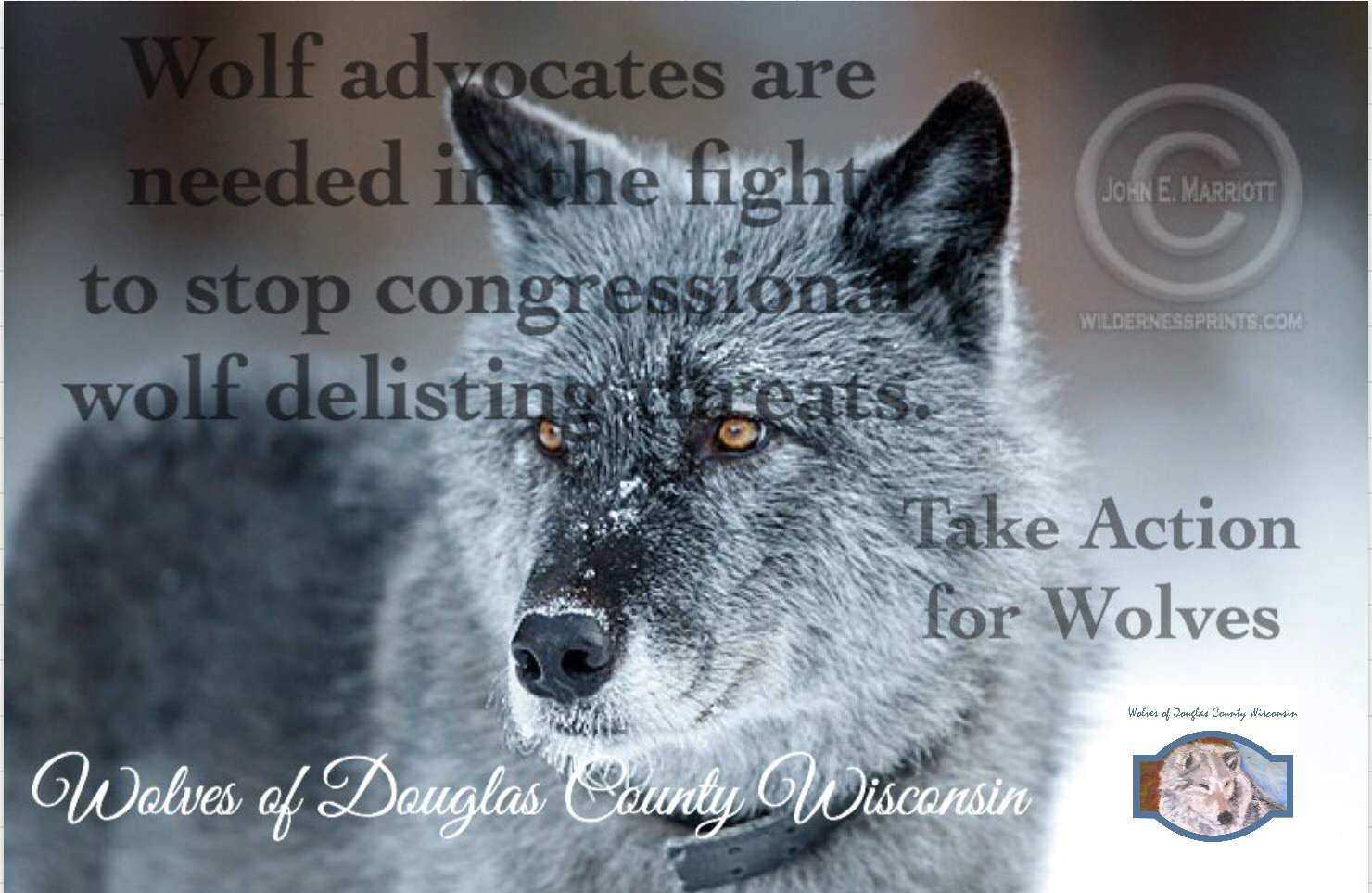 I have it from a reliable source that Senator Tammy Baldwin (D-WI) is getting more calls and emails from the folks that want to delist wolves; and they are Senator Baldwin’s constituents too.  Wisconsin wolf advocates must call & email the senator now. You can email on her website By clicking HERE. Next Click on the red square share your opinion on legislation

I have a meeting with Senator Tammy Baldwin’s aide next week to discuss concerns about the wolf delisting threat in congress.

Here’s  to recap; Wisconsin state anti-wolf republican legislators, Senator Tom Tiffany and representative Adam Jarchow are pressing Senator Baldwin to take their side. They asked democratic Senator Baldwin to use her influence with colleagues to get them to pass Senator Ron Johnson’s anti-wolf delisting bill. Senator Baldwin made a statement siding with delisting wolves in Wisconsin, but her statement is based on anti wolf legislator’s propaganda.
It’s up to you and I to dispel the anti wolf propaganda by using factual & scientific information.

In the subject line:

In the body of your email:

Why you want her to keep wolves listed on the Endangered Species List. Present facial reasons. Ex: Wisconsin has proven they cannot be trusted to manage an endangered species. Wolves are not killing all the deer. Use DNR website and google to get facts.

Lastly, Senator Baldwin needs to know that you are one of her Wisconsin constituents.

Your name and full address.

Now is our chance to present Senator Baldwin factual & scientific information about why wolves need to be protected.

Again, it’s urgent that you act today by sending a clear message to Senator Baldwn that you want her to keep wolves listed on the Endangered Species Act.