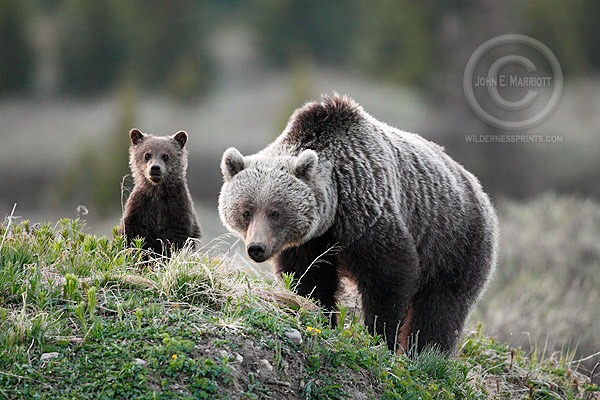 This is a landmark day for some of the nation’s most majestic, recognizable, and woefully mistreated wild animals. And “landmark” barely says enough.
I’m delighted to report that the U.S. Fish and Wildlife Service has followed the National Park Service in prohibiting some of the most wanton and misguided methods utilized to slaughter grizzly bears, black bears, wolves, and coyotes on our public lands in Alaska. The new protective regulations were promulgated this day, and cover all of Alaska’s National Wildlife Refuges.
These are vast lands, in many ways among the most important wildlands remaining in the world, and they belong to all 300 million-plus Americans. Each of us holds a piece of the deed to these 76-million refuge acres.
With ownership comes responsibility. Meaning that each of us is responsible for the management—the treatment—of the animals who live on these lands.
For years, that’s been a story of unremitting barbarism—shocking comes to mind. Untold numbers of bears and countless thousands of wolves have been gunned down, shot from the air, killed over bait barrels of meat scraps and jelly donuts, clubbed or shot in their dens, hunted down with lights at night in Alaska. Slaughtered in the name of a stated government mandate of “intensive predator management.”
A glance at the biographies of the seven members of Alaska Board of Game explains the singular and obsessive vision that rules this body: A Safari Club trophy hunter, a trapper, a hunter and guide, an NRA member with a background in hunting and trapping, an “actively involved” member of the NRA, a trapper and bowhunter, and finally a hunting lodge manager.
Still though, why such an assault on these grand animals?
Famed outdoor writer Ted Williams put it this way: The Alaska government has waged war on bears and wolves in “a vain attempt to convert the state to an ever-expanding Stop-and-Shop for moose and caribou hunters.” That’s right, fewer wild predators were supposed to mean more moose and caribou for human hunters like those on the Board of Game—or so the cockeyed thinking went.
The fact that credible scientists have shot holes in that line of reasoning has not stopped the Board of Game from pressing on with its bloody war for decades. The fact that wildlife watchers bring far more money than trophy hunters into the state economy has not stopped it. Common sense and changing public values have not stopped it.
But now the U.S. Fish and Wildlife Service has stopped it—on federal wildlife refuges. Those millions of us who take seriously our responsibilities to these animals can lift our eyes. Yes, ordinary hunting is still permitted on these “refuges” and some biologists say the regulations have a shortcoming here and there that will need fixing, but some of the most chilling abuses of these great creatures will no longer occur in our names, and Alaskans resoundingly agree.
But…
Yes, there is a “but” to this story. As regular readers here know, some die-hard reactionaries are trying to engineer a congressional coup to deprive the Fish and Wildlife Service of its responsibility to manage national lands in the national interest.
No deal. We need to uphold these regulations. Contact your federal lawmakers (you can find their contact information here). Politely state the obvious: Public lands are meant to be managed in trust for all of us, not for state boards, not exclusively for trophy hunters, not for any single interest.
Back in 1903, President Theodore Roosevelt designated Pelican Island in Florida as the inaugural national wildlife refuge. Today, there are more than 560 refuges and related wetland management districts. They encompass an area of 150 million acres.
Alaskan refuges account for just over half that total. Together, they are an endowment we share, and which we all pay to support. The animals who live there deserve better than they have been receiving. I’m happy that they’re getting a real measure of protective justice now, and I send our thanks to President Obama and his U.S. Fish and Wildlife Service for adopting this new, humane, scientifically-sound, and ecologically-minded policy.