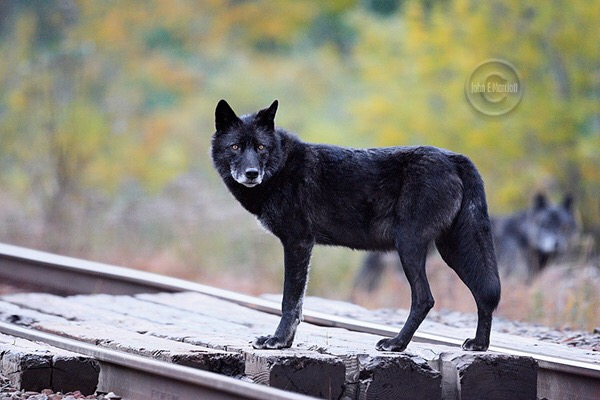 I’m speaking of the brown bear that is part of the black bear living in the woods. Then Raven comes by asking but not wanting to know and flies in the direction of the wolves. Wolves move swiftly catching a scent, trotting down the deer trail. The doe with her fawn moves softly through the sweet grass into the woods as dusk arrives. As the acorns fall the muffled sounds can be heard of black bear munching down the fresh nuts. Tall trees creak and crack bowing in the night’s wind. The sound of water rushing in a nearby river broken in by Owls talking back and forth. Full moon’s bright light is revealed by wind pushing the clouds through the sky. The night reveals three, or four hunting wolves howling low and long breaking through the woods.

Brown bear knows black bear, and red fox kits play as they hunt the mouse. Coyote keeps distance between the bear, the wolf and sings softly from a far. The buck snorts, stomps dancing off to rub his horns clean. This is the time of the brown bear that knows the black bear, that moves through the woods in the cool autumn mist. This is Not the time of the hounds that wear the collars to serve the absent handlers from a far, that push away all peace and break into the woods to run on the black bear, the wolf, the fox & the coyote for a man’s pleasure.

One thought on “This is the time of the brown bear that knows the black bear, that moves through the woods in the cool autumn mist”