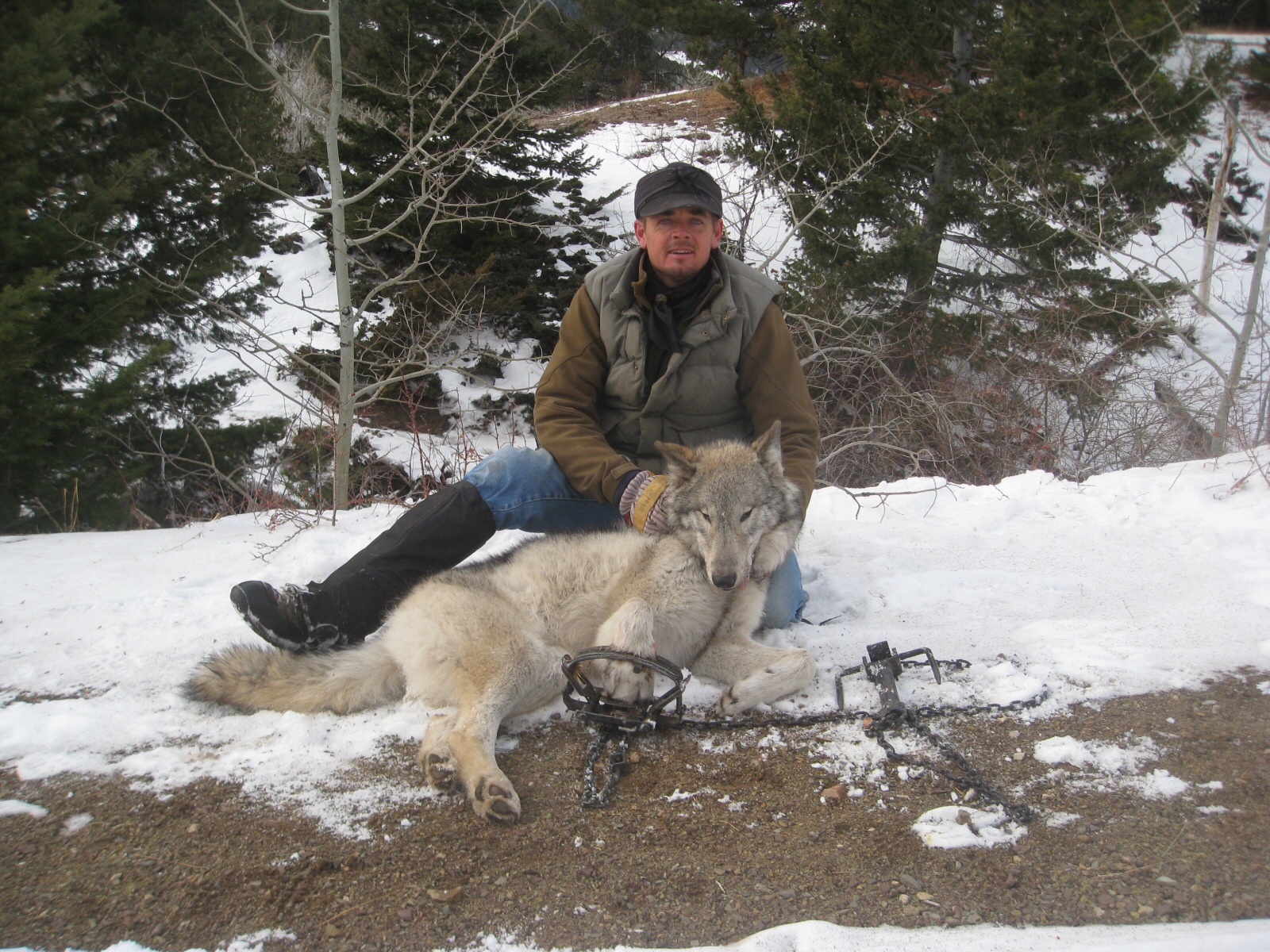 Will Wisconsin’s Gray wolf Ever be managed responsibly? That’s the big question Congress is hoping will be answered. A new bill, H.R. 6784, calls for the delisting of Gray wolves in the lower 48 states just passed the House, and is now headed for a senate version. This bill would return Gray wolf management back to state management. H.R. 6784 also removes any judicial review. I’m concerned that Wisconsin will again allow hunting interests to dominate wolf management like they did in 2012 thru 2014. I witnessed first hand how Wisconsin mismanaged its Gray wolf population under Governor Scott Walker’s administration.

Wisconsin, quite literally, throws “dogs to the wolves. The barbaric act of Wolf-Hounding is legal in Wisconsin. In 2011 Wisconsin State Legislators backed by Wisconsin Bear Hunters Association rushed to create a law, Wisconsin Act 169, that mandated a wolf hunt because Gray wolves were about to be delisted. This law, Act 169 mandated a wolf hunt when gray wolves are not listed on the Endangered Species Act.

I have serious doubts if Wisconsin can manage its Gray wolf population responsibly and here’s why.

In 2006 on a snow covered road in northern Wisconsin I found wolf sign every tenth of a mile while tracking. This was on the very edge of wolf territory. I found wolf tracks, raised leg urination, squat urination and scent marking. This was a lucky find! Even better was finding a snow capped pine tree sapling with rust colored urine on it. This was the sign of estrus, meaning the alpha female was ready to mate. This was the time of year when wolves created new life. Alpha males are very protective this time of year.

Now, flash forward to the year 2014 and the memory of finding wolf breeding sign came flooding back to me while sitting in on a WDNR Wolf Advisory committee meeting. The topic of discussion was about training hound hunting dogs on wolves during wolf breeding season. The pro wolf hunt members were arguing that they should be allowed to train dogs on wolves during mating season. Yes! You heard that right! Out of all the states that hunt wolves Wisconsin is the only state that allows the barbaric practice of wolf Hounding!

I became a skeptic of Wisconsin’s wolf management after what I witnessed at that wolf advisory committee meeting. What I witnessed is NOT responsible wolf management. Under Governor Scott Walker’s influence gray wolves will never be managed for conservation. You might as well throw a ring around wolf territory and call it “Dog Fighting” cause running dogs on wolves during mating season is cruel to dogs and wolves!

Department of Natural Resources Secretary Cathy Stepp revealed at a DNR Board meeting on Wednesday (June 2014) that the agency removed people who were staunchly opposed to wolf hunting from the state’s Wolf Advisory Committee. Cathy Stepp was hand picked to lead the DNR, an agency that oversee Wisconsin’s natural resources. Source WPR June 2014

When we’re charged to manage and to implement a hunt, coming in and telling us, ‘Don’t hunt wolves,’ is not a productive way to run a committee, frankly,” said Stepp. “That’s just the candid way to lay it out. We had to have people who were willing to work with us in partnership, and be willing to help us and advise us along the way in implementing state law.” Source WPR June 2014

Rachel Tilseth of Wolves of Douglas County Wisconsin was a volunteer DNR tracker of wolves for about a dozen winters, and attended a few meetings of what used to be called the Wisconsin Wolf Stakeholders Group. Tilseth testified about the wolf hunt proposal during Wednesday’s meeting.

She later said she didn’t care for Stepp’s remarks.

“I was just appalled that somebody like Cathy Stepp, who’s in charge of this important issue, is saying something like that,” said Tilseth. “It sounds to me like it’s a committee that they want made up of wolf-killers.” Source WPR June 2014

Wisconsin, quite literally, throws “dogs to the wolves. The barbaric act of Wolf-Hounding is legal in Wisconsin. In 2011 Wisconsin State Legislators backed by Wisconsin Bear Hunters Association rushed to create a law, Wisconsin Act 169, that mandated a wolf hunt because Gray wolves were about to be delisted. This law, Act 169 mandated a wolf hunt when gray wolves are not listed on the Endangered Species Act. Wisconsin law Act 169 orders the Wisconsin Department of Natural Resources to oversee a wolf hunt. In 2013 the brutal act of “wolf Hounding” began in Wisconsin. In 2013 & 2014 wolf hunters used dogs to track and trail wolves until a federal judge ordered them back under federal protection. Now it will start all over again if the senate’s version of H.R. 6784 calling for Gray wolf delisting in the lower 48 states and prevents any judicial review of the decision passes in the senate. Wisconsin’s Gray wolf could be delisted in 2019!

The House of Representatives, recently passed a bill, H.R.6784 – Manage our Wolves Act calling for Gray wolf delisting in the lower 48 states and prevents any judicial review of this bad legislative decision. The bill even includes the delisting of the Mexican Gray wolf as well. This bill is a desperate attempt to push through rotten legislation at the zero hour before Democrats take over the house. I use the term “rotten” to describe this legislation because it undermines decades of environmental progress starting with the Endangered Species Act itself. H.R. 6784 is a bill backed by big-monied special interests because they want free and easy access to the land.

The Endangered Species Act  (ESA) of 1973 is a key legislation for both domestic and international conservation. The act aims to provide a framework to conserve and protect endangered and threatened species and their habitats.  “And their Habitats” part is what extractive industries hate. They hate it because it’s what prevents them from gaining free and easy access to wild lands. In other words, the ESA is the “gatekeeper” that ensures the preservation of our wildlife & the habitat they depend on.

This “rotten” House Bill will head to the Senate now. It’s hard to believe that any senator will pass a bill that calls for delisting gray wolves on such a grand scale let alone removes any judicial review of the misguided decision. This H.R. 6784 bill is a far reaching piece of legislation that undermines the Endangered Species Act. What will happen next in a senate version remains to be seen.

The Bald Eagle was a symbol for ESA and you could even say was the “spearhead” that brought us the ESA in the 1970s. I believe that the gray wolf is now that spearhead in today’s fight for preservation of wildlife & wilderness. The Gray wolf stands between extractive industrial special interests & Preserving the Endangered Species Act. The gray wolf has been a scapegoat of Big Ag for centuries ever since the development of expensive cattle breeds. The Gray wolf was a threat to these fat cows, and a bounty was placed on their heads. Today the gray wolf in the lower 48 states occupies less than 2% of their historic range. I ask the question when is enough, enough? The recent action in the House of Representatives proves our politicians are not for the people. They are about themselves and as corrupt as ever. Even president Richard Nixon, that resigned or face prosecution for the Watergate break in, was for preserving our endangered & threatened wildlife. He had more integrity it seems than the political parties in power now.

The Endangered Species Act of 1973 was created to protect animals and plants that were in danger of becoming extinct. “Nothing is more priceless and more worthy of preservation than the rich array of animal life with which our country has been blessed,” said President Richard Nixon while signing the act on December 28, 1973.

Gray wolves have evolved as nature’s best tool for keeping our ecosystems healthy. A gray wolf can detect disease in White-tailed deer because they have such a powerful olfactory sense. According to Wisconsin’s Department of Natural Resources Wolf Progress Report Winter 2017-2018:

Yet, Representative Duffy (R-WI) who is behind this “rotten” legislation that passed the House proves he has no interest in his own state’s scientific data.

It’s essential that we throw our support behind stopping this “rotten” legislative attempt at delisting gray wolves throughout the lower 48 states, that is now headed for the senate. There’s more than one side to a coin. One side of the coin demonstrates the pro side for preserving the Endangered Species Act; While the other side pushes to role back progress made in preserving our wildlife & wild lands. But if you pick up that same coin, and begin rubbing your fingers along all the sides; You become acutely aware of a third side to coin with a new edge to it. It’s called checks and balances that remind us what democracy is all about. And the Endangered Species Act is the “gatekeeper” that ensures the preservation of our wildlife & the habitat they depend on.

All questions and comments regarding public policy issues, legislation, or requests for personal assistance should be directed to the Senators from your State. Some Senators have e-mail addresses while others post comment forms on their web sites. When sending e-mail to your Senator, please include your return postal mailing address. Please be aware that as a matter of professional courtesy, many Senators will acknowledge, but not respond to, a message from another Senator’s constituent.

You can direct postal correspondence to your Senator or to other U.S.Senate offices at the following address:

For correspondence to U.S. Senators:

For correspondence to Senate Committees:

Alternatively, you may phone the United States Capitol switchboard at (202) 224-3121. A switchboard operator will connect you directly with the Senate office you want.

3 thoughts on “Removing the Gray wolf off of federal protection spells disaster for a Species already threatened by habitat loss and global warming.”