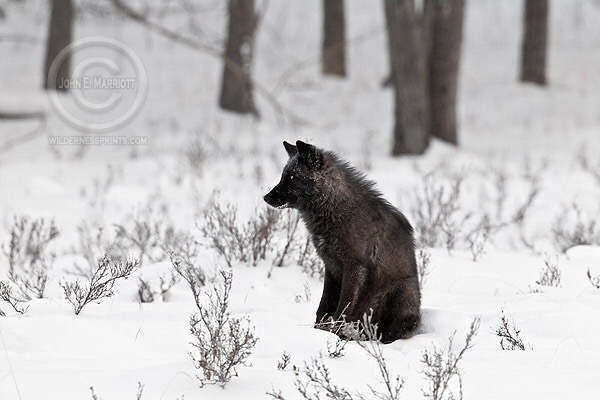 Find an opinion editorial you want to respond to. The following is a recent article to read as an example for a response; Causes unclear as wolves kill a record number of hunting hounds (copy and paste that title in a Google search bar) and read it.

Look for main points that you want to respond to in your letter to the editor.  The following are examples of the points in the article,  “Causes unclear as wolves kill a record number of hunting hounds.”

Main topic; The state’s wolf population has grown while regulation of hunting dogs has been relaxed, but it’s not clear what factored into the increased dog deaths, said DNR large carnivore specialist David MacFarland.

Supports main topic; “It’s too early to say what’s causing it, or if it’s really a significant difference or not,” MacFarland said. “It could be just one pack being more aggressive than in the past.”

Supports main topic; And while state law was changed in 2015 to end a license requirement for the summer dog training season, it’s not known if more dogs are being run, he said.

Supports main topic;  The bait also draws wolves that will defend the sites, leading to conflicts with hunting dogs released in those places to pick up bear scent, …

Supports main topic;  The wolf population estimate this year is the highest yet for the endangered species, but little growth has occurred in northern areas where almost all of the dogs were killed, MacFarland said.

Summary of main topic and supporting points; Still, compared to the small army of men and woman who hunt deer each year, the number of bear hunters using dogs is small, at least in part because of the expense of purchasing, training and feeding the dogs, he said. The use of dogs for hunting is controversial on several levels. In 2014 a state appeals court ruled that hunters can train dogs to chase down wolves, rejecting arguments from humane societies…

Now get to work on writing your letter…

Read the article, then write  a response that supports why you agree or disagree. Letters are  no more than 250 words, spelling and grammar count. Use a grammar & spell checker or have a friend read your letter over to catch any errors.

Stick to your main topic, and support that topic in your response. Example; I’m writing a response to the article,   “Causes unclear as wolves kill a record number of hunting hounds.” By (add the author and date) I disagree with the statement that,  it’s not clear what factored into the increased dog deaths. It’s obvious to me that bear hounders are causing the deaths of these dogs….now add your points to support your main topic…as to why…give examples…over baiting…too many dogs being run…no regulation…

Write at least two drafts of your letter, it’s alright to re write, edit and write a final draft.

Submit your letter to the paper. Every paper has directions on how to send your letter. Always sign it and put what town you live in.  They won’t accept your letter without a signature or address (they won’t publish your full address, just your town or city and state)

Stick to your main point, support it, and summarize….edit for errors, re read it…submit it…

The following is an example of a recent letter to the editor;

Letter to the Editor: Don’t blame wolves for killing hounds

September 1, 2016
Here we go again with politicians carrying the torch for trophy hunters in Wisconsin.
In response to the Aug. 25 article “Wolf attacks on cattle, dogs rise,” I would like to address two glaring misconceptions: that wolves are imminent threats to pets, and that wolves have compromised the deer population, leading devastated deer hunters to sell their cabins.
Indeed, wolves are killing dogs. But the blame must be placed on hunters who knowingly put their hounds in imminent danger. This seems unethical at best.
Bear hunters are active and replenish baiting stations in the same areas where wolves are mating, denning, raising and protecting their pups. Bear baits attract more than bear, as any trail camera will reveal. Raccoons, coyotes, deer, wolves and other wildlife frequent these sites.
Many bear dogs have been killed by wolves in Bayfield and surrounding counties recently, several in areas deemed dangerous by our very own Department of Natural Resource.
As for our deer populations, honest hunters are more likely to blame recent winters and are more concerned about the spreading of chronic wasting disease. Don’t fall for scare tactics. Bear hunters using hounds are afraid of losing their rights.

3 thoughts on “How to write a letter to the editor”

“Based on loss of bred females and alpha males, it is reasonable to estimate that 60-100 of Wisconsin’s wolf packs may lose all pup production due to the February hunt. If this impact is realized it will represent 24-40% of the expected reproduction from 245 known wolf packs outside of Indian reservations in Wisconsin.” Wisconsin’s Green Fire