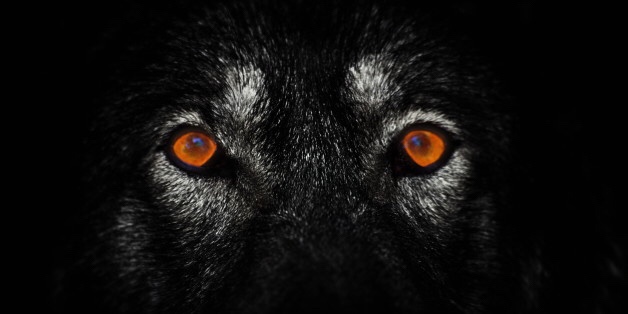 …Statements like these that seems to be contradictory or go against common sense & perpetuate the myths that plaques the Gray Wolf’s reputation around the world. Now a popular musical band called “Bad Wolves” sings about bombings and acts of violence that perpetuates these myths. Doesn’t seem possible to bring wolf education or awareness or any real scientific facts to a public that is being brainwashed by these terms. In popular music culture “Bad Wolves” propels the Big Bad Wolf Myth in their music.

Even worse there’s the lone wolf term to define acts of terrorism.

A lone wolf is an animal or person that generally lives or spends time alone instead of with a group. The term originates from wolf behavior. Normally a pack animal, wolves that have left or been excluded from their pack are described as lone wolves.

Credit: The LoneWolf by CerahArt (Deviantart)

Then there’s the classic western culture’s fairy tales of the Big Bad Wolf in Little Red Riding Hood, and The Three Little Pigs.

An anthropologist chases down a tale told around the world source National Geographic. It’s been suggested that the tale was an invention of Charles Perrault, who wrote it down in the 17th century. Other people have insisted that “Little Red Riding Hood” has ancient origins. There’s an 11th-century poem from Belgium which was recorded by a priest, who says, oh, there’s this tale told by the local peasants about a girl wearing a red baptism tunic who wanders off and encounters this wolf.

It’s ironic that Little Red Riding Hood encounters a lone wolf. Many suggest this tale is a warning to young girls to stay away from lone men, that prey upon innocent young girls and woman.

NG article…An anthropologist chases down a tale told around the world…What happens next depends on which version you hear: Was Little Red Riding Hood devoured? Did a passing huntsman cut her from the wolf’s belly? Did she trick the wolf into letting her go outside? In parts of Iran, the child in peril is a boy, because little girls wouldn’t wander out on their own. In Africa, the villain could be a fox or a hyena. In East Asia, the predator is more likely to be a big cat.

Either way, the terms lone wolf or bad wolves along with Little Red Riding Hood fairy tales are oxymorons that contradicts common sense & perpetuate the myths that plaques the Gray Wolf’s reputation around the world. Therefore, It seems rather hopeless to bring wolf education or awareness or any real scientific facts to a public that is being brainwashed by these terms.

A wolf in Douglas county Wisconsin. Taken a couple years ago by WDNR.