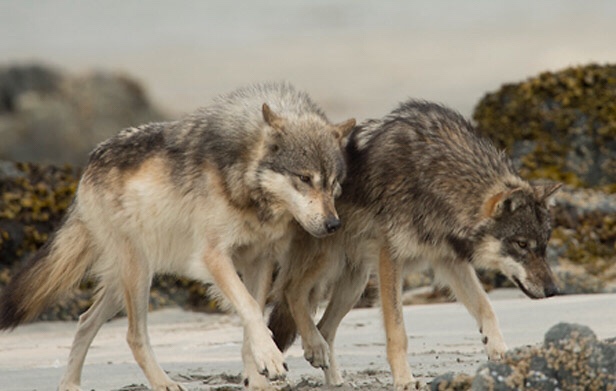 In the news this week DNR Wisconsin’s over winter wolf population count has declined slightly from last years. The state’s wolf population may be stabilizing after decades of growth, according to a report from the state Department of Resources in a WDNR wolf count brief 2017-2018 .

Volunteer trackers reported between 900 and 950 wolf sightings this winter, a slight decline compared with the numbers from the previous year.

The data shows a 2% decrease in wolf numbers from the previous year, and could be a sign the population of the apex predator is leveling off.

“It’s possible wolves have filled the suitable habitat in Wisconsin,” said Scott Walter, DNR large carnivore specialist. “It’s been anticipated the population would stabilize, but it’s one year of data and we’ll need more before we can make such a conclusion.” Interview by Paul Smith Milwaukee Sentinel

As indicated by the WDNR these are preliminary numbers and the 2017-2018 full over the winter wolf population numbers report will be posted sometime in the next two weeks.

The following is From WDNR Press Release

Data collected by over 100 volunteer trackers and Department of Natural Resources staff during the 2017-18 winter reveal an overwinter minimum wolf count of 905-944 wolves [PDF], a 2.2 percent decrease from the 925-956 wolves detected during the 2016-17 count [PDF]. The number of packs detected increased slightly, from 232 packs last year to 238 this past winter. Wisconsin’s wolf population had been increasing consistently over the past 25 years.

“The Endangered Species Act did its job–its protections were instrumental in allowing this species to successfully reestablish itself within our wildlife community,” said Scott Walter, DNR large carnivore ecologist. “However, the population has been well above established recovery goals for two decades and there is no biological reason for wolves to remain on the endangered species list. Federal delisting would allow more flexibility in dealing with issues like wolf depredation of livestock and pets and divert important endangered species funding and resources to the conservation of species that are truly at risk.”

Wolf surveys are conducted annually during winter months, when snow cover affords suitable tracking conditions. The wolf population is at its lowest point during this time of year, so survey results are considered minimum counts. The population increases each spring with the birth of pups, then declines throughout the remainder of the year due to various mortality factors.

Volunteer trackers receive the the wolf count pack details for each survey block counted. The distribution maps will be available sometime in the next few weeks. We look forward to the full reports.

He knows nothing; and he thinks he knows everything. That points clearly to a political career. ~George Bernard Shaw

Politicians have removed science from wolf management and replaced it with political rhetoric. They put together a Wisconsin Wolf Advisory Committee (WAC) with stakeholders primarily from the hunting community.

The WAC is heavily slanted towards recreational trophy hunting of wolves with 9 citizen pro wolf hunting organizations to 1 pro wolf citizen organization. Further, according to Cathy Stepp (WDNR secretary at the time) this committee is more productive than opponents of the wolf hunt. There is evidence to the contrary that shows the WAC productiveness is comparable to reality TV’s Housewives of NYC.  From WODCW’s Blog

In conclusion, if USF&WS, the government, gets it right this time in delisting the Gray wolf in the Great Lakes Region Wisconsin citizens must push for greater transparency in wolf management. Because trophy hunts are about power not conservation. We owe the Gray wolf, that was once exterminated from our forest, and are now reclaiming their historic range, an ethical & compassionate conservation management plan. Historically, we have done enough harm to this iconic predator.

I encourage Wisconsin’s citizens to get involved in the wolf management plan. Wisconsin’s wolf recovery began in the late 1970s. Wolves are a part of Wisconsin’s wild legacy.