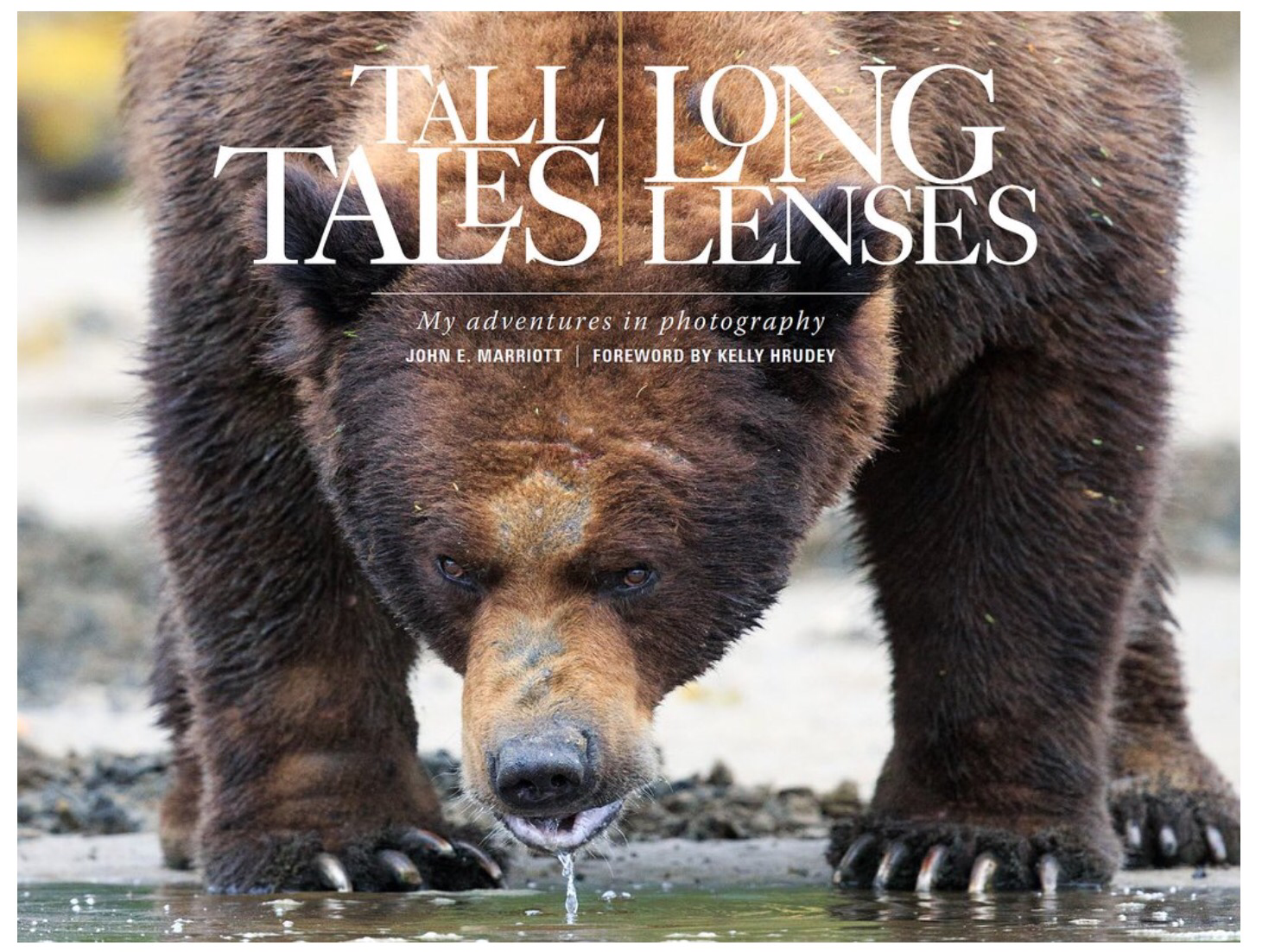 John E Marriott is one of Canada’s renowned wildlife photographers

This remarkable book recounts many of Marriott’s favourite stories and photos from his most memorable wildlife encounters in some of Canada’s spectacular locales. It’s a fascinating autobiographical account of being in the right place at exactly the right times, from his on-day love affair with a pine marten to his lifelong quest to find monstrous male grizzly bears like Frank the Tank. Marriott takes you through two decades of his tallest tales and showcases many of his unforgettable images of the animals that have inspired him to become an outspoken conservation advocate. Here’s where to order your copy today. www.wildernessprints.com

I’ve been using John E Marriott’s photographs of wolves for several years now. So it could be said that John’s photographs have helped spread education & awareness in advocating for Wisconsin’s wild wolf!  ~Rachel Tilseth Founder of Wolves of Douglas County Wisconsin

Order your copy today at http://www.wildernessprints.com&nbsp;