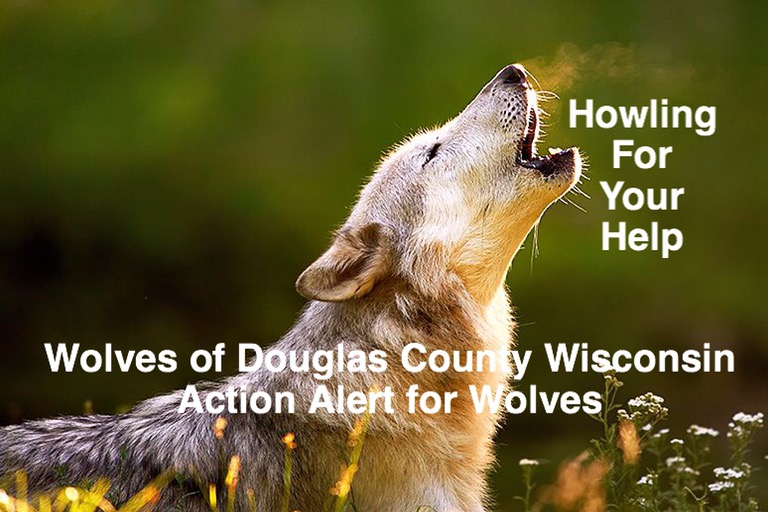 …that directs the Secretary of the Interior to turn over management of wolves to the state governments.

Turning over management to state governments such as Wisconsin would be a death sentence for wolves.  Wisconsin allows the harassment of endangered species:

“Wolves are an imperiled species, that are a part of Wisconsin’s wild legacy, and are being pushed to the brink of extinction; by conservation policies that favor a group of fringe hunters. These special interest, fringe hunters take advantage of the current political environment. They cause harm to wildlife by the “loosening” of regulations; they pushed for the removal of the Class B bear training & hunting licence that allowed for an undetermined number of dogs running through wolf habitat. That could definitely be the cause of the 37 bear hunting dog deaths. ”  WODCW’s Blog

“I’ve been helping with wolf recovery since 1998. I’ve witnessed the conflict between bear hunters and wolves while radio trapping wolves in the Chequamegon national forest. They’ve hated wolves for decades, and I’ve seen how this sport wears on the people & wildlife living in the north woods. Common sense dictates that; if bear training & hunting license requirements are removed conflicts occur between dogs and wolves. That’s a fact as plain as the nose on your face. If you run dogs on bear through wolf rendezvous sites; conflict will happen. Wolf pups are three months old when bear hunters start running their dogs on bear starting July first.”  WODCW’s Blog

Please take action by urging your senators to oppose S. 1514

If these politicians: Senator Barrasso (R-WY), along with Senators Boozman (R-AR), Capito (R-WV), Cardin (D-MD), Baldwin (D-WI), and Klobuchar (D-MN) get their way and turn management of wolves back to states, such as Wisconsin, it’s certain death for wolves.

3 thoughts on “Urgent action needed for wolves: Persuade Your Senators to Oppose S. 1514…”