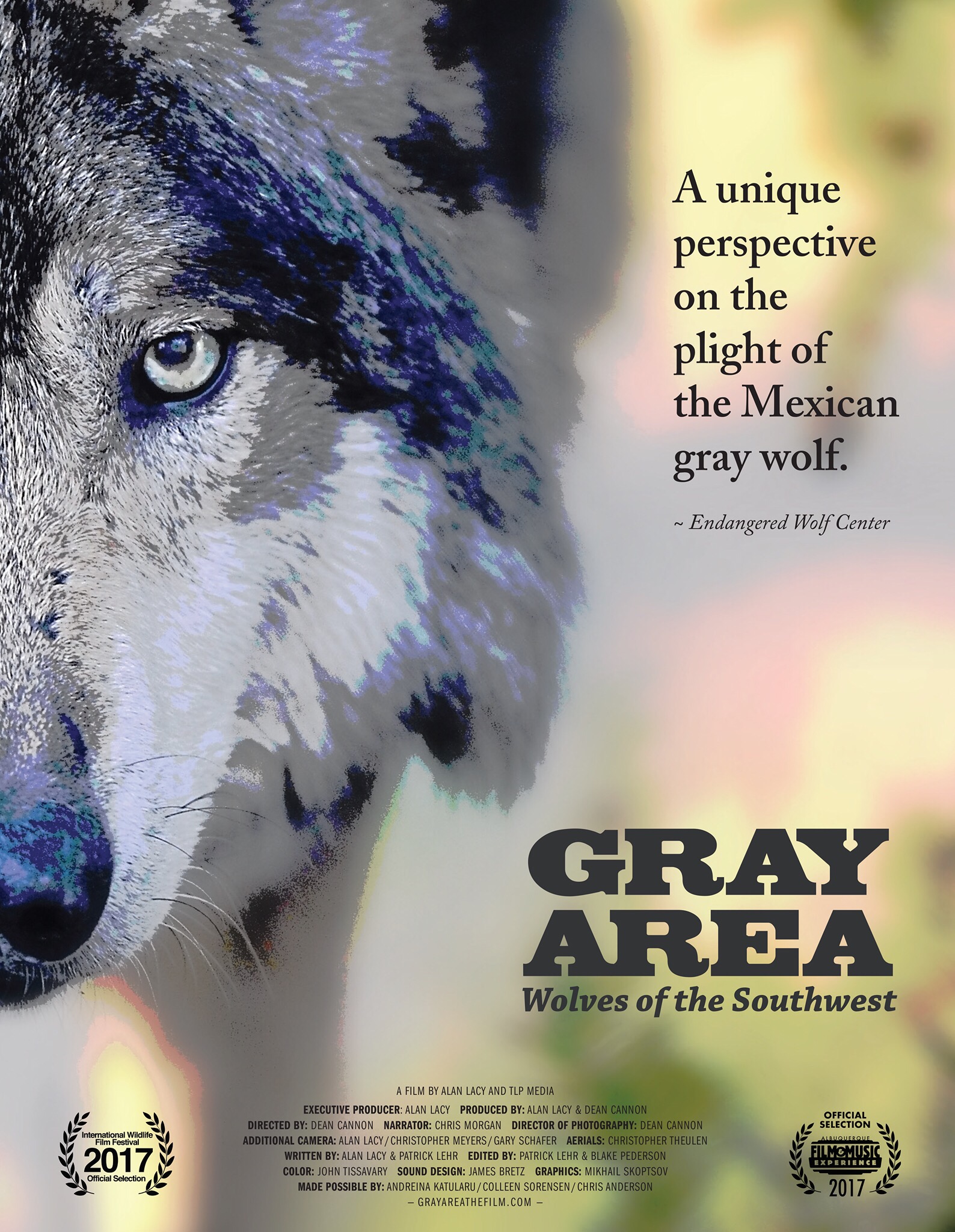 Madison wolf advocates get ready for the Wisconsin Premiere of Gray Area: Wolves of the Southwest. Wolves of Douglas County Wisconsin will be the principle organizer & one of the sponsors for this Wisconsin Premiere Screening being held at the historic Barrymore Theatre in Madison, Wisconsin. Exact date to be announced soon.

About Gray Area: Wolves of the Southwest produced by Alan Lacy

In the American Southwest, a unique species of wolf unlike any other is making a comeback. Considered extinct nearly 40 years ago, the little known Mexican gray wolf has slowly pulled back from the very brink — against all odds. From a founding population of just seven animals, this species has slowly grown to a current wild population of approximately 100, only to face a new threat from within: its own genetics. As part of a bold recovery mission, one lone wolf is given a chance to offer new hope for the survival of her species. In telling this story, narrated by Chris Morgan, “Gray Area” explores whether there can be a balanced and sustainable future where ranchers, conservationists, locals, and biologists alike can coexist with this apex predator. www.grayareafilm.com

2 thoughts on ““Gray Area: Wolves of the Southwest” documentary film will be screened during Wisconsin’s Wolf Awareness Week”