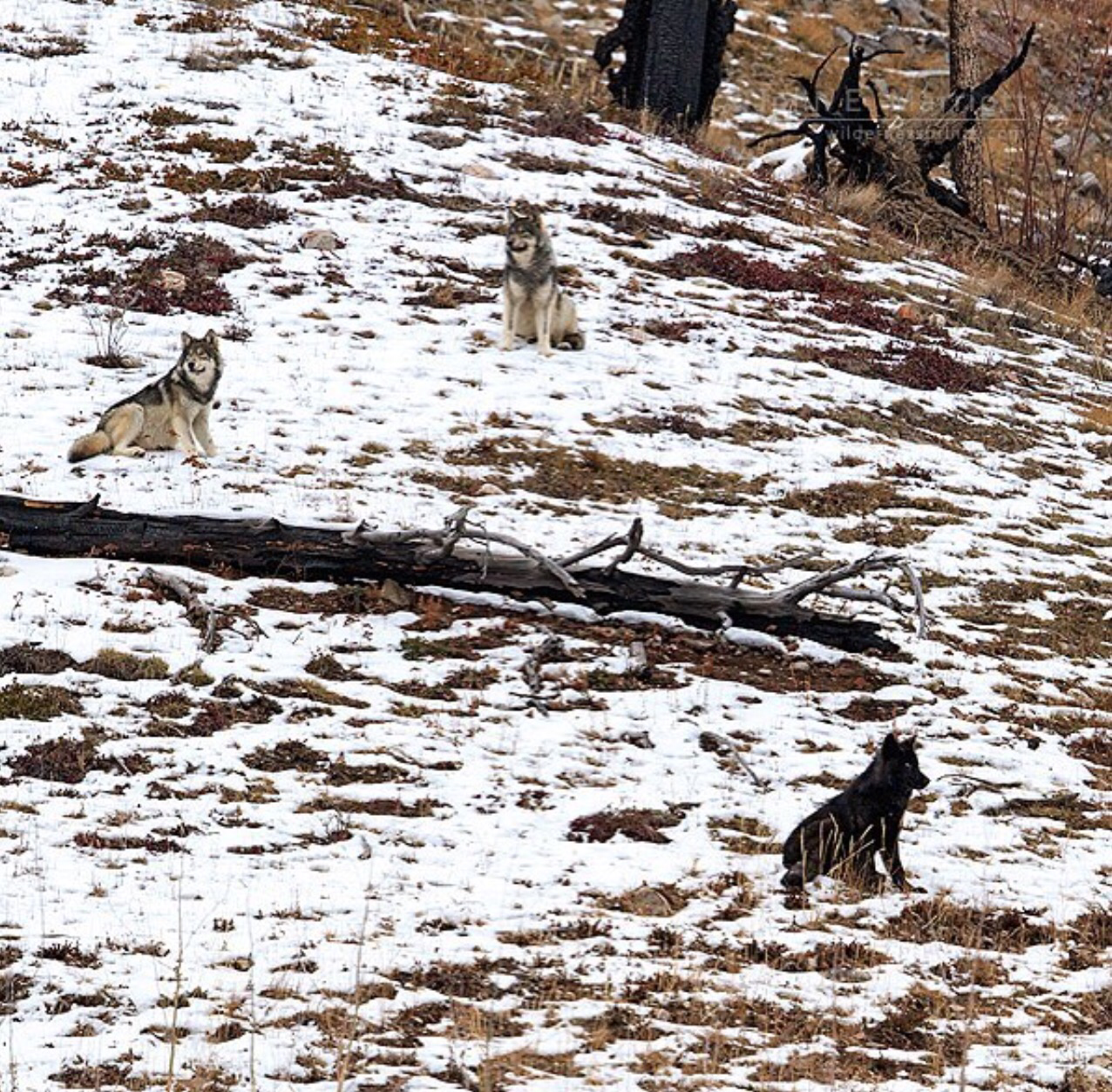 I put out an urgent call to wolf advocates to write to Senator Baldwin in the hopes of changing the senator’s mind. I received many well thought out & fact filled letters and passed them on to the senator thru her aide. Here’s two well written letters, read on:

Dear Senator Baldwin,
I am writing to you regarding the push in Wisconsin to remove wolves from the Endangered Species List. Please stand against Senator Ron Johnson , Senator Tom Tiffany, and Representative Adam Jarchow and vote to keep wolves listed as an Endangered Species.
I lived for many years in wolf country (Barnes, WI, Bayfield county). I saw wolves in our yard and out in the woods. I had dogs and lived in wolf country. I respected the fact I lived in their territory and as such, kept my animals safe from wolves. I never lost a pet to depredation. I share this just to give you a sense of my experience with wolves, since I now live in Madison, WI.
Those who support removing the wolf from the Endangered Species List are often hunters who blame a decrease on the deer population on wolves, or those who are just looking for a trophy hunt. Responsible hunters and others understand and appreciate what wolves contribute to a healthy ecosystem. One only needs to look at the impact on the ecosystem in Yellowstone to understand the valuable contribution wolves have in ensuring a stable and healthy ecosystem. I hope you take the time to read the article to fully understand the positive impact wolves have on the environment.
It has been proven that the state is not capable of handling the wolf population in Wisconsin and should not be entrusted with this task.
Please use your power as our representative and vote to keep wolves listed on the Endangered Species List.
Thank you,
Gwen Smith

Please keep wolves listed as an Endangered Species, particularly here in Wisconsin. When wolves were allowed to be hunted in Wisconsin starting in 2012, it became apparent very quickly that our State cannot be trusted to manage the wolf population. The main reason being our State allowed using hounds to hunt wolves, which is a barbaric, archaic practice. I would bet that the bulk of the constituents you’re hearing from lately to delist wolves are hounders. I’m sure many of those constituents are farmers as well, who are losing livestock, but there are already programs in place to reimburse them for the loss of livestock, and there are non-lethal methods farmers can use to stop depredation.
Please review the following 3 points related to hunting wolves with hounds:
1. Out of all the states that hunt wolves, only Wisconsin allowed hound hunters to use unleashed packs of dogs to hunt wolves. Wisconsin, quite literally, threw “dogs to the wolves.”
2. Hound hunters traditionally train their dogs to focus on specific prey by releasing their dogs to surround, attack and terrorize a prey animal (e.g. a bear cub or fox) for hours on end (up to 16 hours/day) enclosed in a small, open barrel or “roll cage.” At this point it remains disturbingly unclear as to how hound hunters will train their dogs to pursue wolves instead of other animals—will it be by capturing wolves and allowing their dogs to attack them in barrels and pens? How isn’t this worse than illegal dog fighting?
3. The Wisconsin Department of Natural Resources, charged with overseeing the wolf hunt, had no rules in place that required hound handlers to report dogs injured or killed in the pursuit of wolves during a hunt. In fact, there was no monitoring or certification program whatsoever in place for the use of dogs in the wolf hunt; thus the state had little ability to hold hound hunters accountable for training or hunting violations or to prevent deadly and inhumane wolf-dog confrontations (e.g., hunters allowing dogs to overtake and kill rifle-shot wolves). These circumstances explain why Wisconsin stood alone: using dogs to hunt wolves is no better than state-sponsored dog fighting.
Additionally, wolves are a trophic cascade species. Wisconsin’s own Aldo Leopold is generally credited with first describing the mechanism of a trophic cascade, based on his observations of overgrazing of mountain slopes by deer after human extermination of wolves. Where wolves are present, the entire environment is at its peak health. Wolves also manage their own populations; if an environment can’t sustain their numbers, they have less pups or none at all.
If the deer population is not enough to sustain them, they wouldn’t be there. There are other factors causing issues with the deer population. Wolves are being used as scapegoats so hunters can fulfill their blood lust by trophy hunting wolves. Hunters’ money lust for wolves’ fur is why, also. There really is no other legitimate reason to hunt wolves. Please don’t let wolf hunting be allowed in Wisconsin again.
Thank you.
Sincerely,
Lisa Mesheska