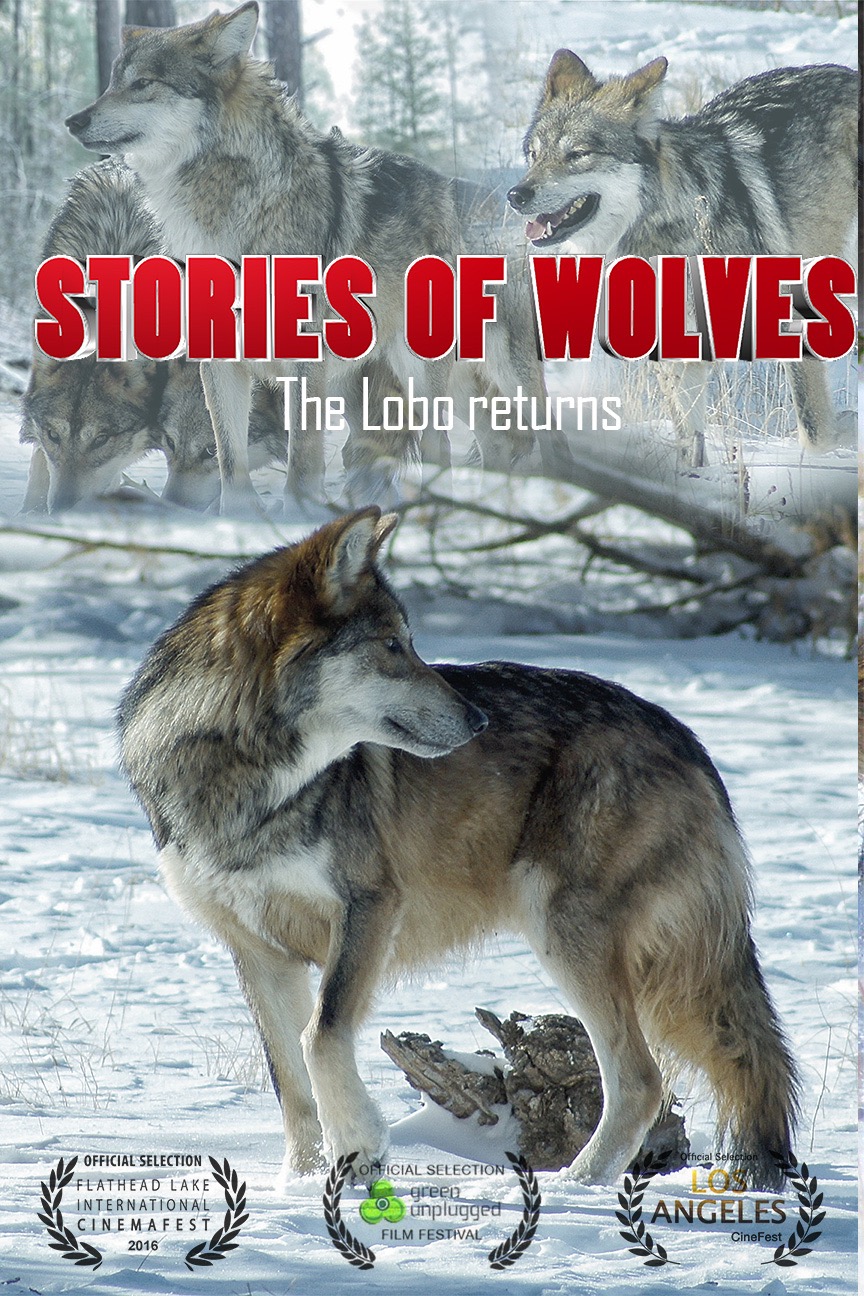 “Stories of Wolves” by Filmmaker Elke Duerr is about the recovery efforts for our Mexican Gray Wolves, our most endangered land mammal in all of North America, our evolution of consciousness towards wild animals and our human-wild animal relationship. There only remain less than 100 wolves in the wild in Arizona and New Mexico.

“The film has many sub-plots because of the dynamic relationship of the wolves to the various communities who now share the wolves” habitat: the ranchers, the conservationists, the Native American cultures, and the other animals who depend upon the wolves’ presence to maintain a healthy ecological system. Just as much as it is a film about wolves,

it is also about the people of New Mexico, Arizona and the Northern hemisphere and our stand in keeping our wolves with us on this planet. And ultimately it is about the vanishing wildness inside and outside of us… We all belong in the Web Of Life.” -Elke Duerr Web of Life Foundation website click HERE
“We come from love and appreciation for all the different life forms on this planet in the spirit of appreciation and interconnectedness. Our philosophy is to practice harmlessness and our photography/videography is based on obtaining consent from the animals, plants and places before entering their territory.”  -Web of Life Foundation Philosophy

“Stories of Wolves” has been released on October 28th in Santa Fe. Please check weboflifefoundation.net for details.

Elke is a bi-national filmmaker, lover of all things and beings wild, teacher and the founder and director of the nonprofit Web of Life Foundation W.O.L.F. She teaches and lectures widely on the importance of predators in the ecosystem and the preservation of the Web of Life, and fosters a healthy coexistence between wilderness and civilization and the reconnection of humans to the natural world. Her favorite classes are with children as she loves to debunk myths and preconceived notions about our animals and natural world and revolutionize the way we see and experience nature. Elke has published a book on human-wolf coexistence entitled: “Wolves and Humans-A new story of coexistence” in 2016.

A message about the Mexican Gray wolf from filmaker Elke Duerr

Ms. Duerr completed a short film about our endangered river otters which was screened at the New Mexico Film Festival and received the Aldo Leopold Southwest Legacy film award in the category of best adult short film for her film “Preserving Beauty”. “Stories of Wolves-The lobo returns” has received 4 awards and has been screened at various film festivals. It is distributed by Kanoy. Just recently, on October 29th 2016, Elke premiered her second documentary: “Bison Nation-Walking Sacred Sites” which has won its first award and has been accepted into film festivals. elkeduerr.com

I picked the following quote because it sums up how this film “Stories of Wolves” by filmmaker Elke Duerr reflects the truth about the plight of the Mexican Gray wolf.

“When one lives in a society where people can no longer rely on the institutions to tell them the truth, the truth must come from culture and art.” -John Trudell

A book: Wolves and Humans: A new story of coexistence Paperback – April 29, 2016