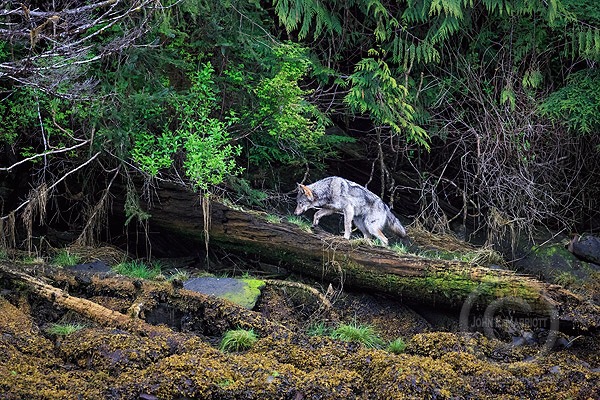 Use a political con to delist the Wolf status?

To the Editor:
First let me lay down some personal premises. I do hunt. I am not an activist and I love my animals. The wolf is low on my list but not enough to kill it for subjective reasoning. I eat also eat meat. I believe that the wolf was created for the balance of nature.
Now with that said let’s put things in perspective like the published Cumberland meeting used to demonize the wolf. The wolf is what it is and does what it was created for. It has no defense and it was put on earth for a reason.
It is unfortunate that the wolf is physically incapable of shooting a rifle or a bow and arrow. That would be good if he could physically hit the kill zone. The wolf is incapable of using a pneumatic rod pistol or a electric stungun which is the procedure used prior to cutting the carotid artery. Many of the animals lined up for the slaughter house were given pet names when they were young. They even grew up to maturity right alongside the farmers family.
Many animals sense the fear and smell the blood which makes it hard to get them to enter the slaughterhouses.
The publicized accounts the victims put in the Cumberland meeting were subjective and emotional and sympathetically persuasive. Just like I did above. It was isolated so it appears that they were the only victims of tragedy in the state of Wisconsin. Readers of such accounts have lost their jobs, divorced, victims of car crashes, suffered physical disabilities and lost love ones just to mentioned a few. So lets keep this in perspective.
The accounts of the victims in the Cumberland meeting is a drumroll I could use to have a jury convict a human only to lay the accused down to for lethal injection under restraints. The accounts are nothing short of trying to incite a vigilante mob.
This only makes me question the Republican motive. They know better or at lest I hope they do. Don’t let them elevate their political careers on the wolf issue because its a cheap way to do it and Tiffany has a reputation for secret alternative motives.

One thought on “Letter to the editor: Wisconsin politicians vilifying the wolf for their own gain. ”