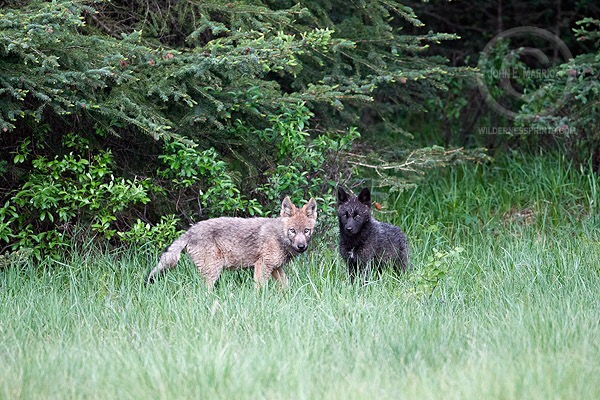 ..with no resolution in sight.

I was curious as to just how far apart were the two recent hunting dog depredations just outside of the town of Solon Springs. So I went to check it out.  I know this area well. I’ve spent over a half dozen summers and winters monitoring wolves and carnivores near the town of Solon Springs as a volunteer WI DNR Winter Wolf Tracker under the Wolf Recovery Program.

I drove right to the hunting dog depredation site (July 9) and sure enough recognized this as the area wolves have previously left pups at a rendezvous site. During summer months I would scout my tracking block and conduct wolf howl surveys. In this same area in 2002 while conducting a wolf howl survey I  heard pups howling (Photo: rendezvous site & now is a wolf caution area, photo by Rachel Tilseth).

While walking the trail it was good to see wolf sign. Seeing this sign put a smile on my face. I knew this wolf territory like the back of my hand. Off in the distance I heard the familiar sound of baying dogs.  So I headed to the next hunting dog depredation site.

The second hunting dog depredation site (July 23) was at best, less than three miles from the site that occurred on July 9th. There was something so familiar about this scenario. It almost felt like I was experiencing Déjà vu, because of all these recurring hunting dog depredations taking place in this area.

I had a smile on my face as I recalled all the stories of her killing hunting dogs that ran into her pups.  I respected and admired her. Wolves are good parents and sad as it is for the loss of a hunting dog, White Eyes was doing what any parent would do to protect their children from outside threats.

As I traveled through White Eyes’ territory I picked up a rock at each stop. I drove to one of her den sites and stacked the rocks together as a memorial to her. I felt her spirit that day though her “tenacious” offspring.

In loving memory of White Eyes who died in 2009 after being hit by a vehicle. She leaves a lasting legacy as one of the Wolves of Douglas County Wisconsin.

A history of Wolves of Douglas County Wisconsin.

Wolves of Douglas County Wisconsin was started in 2012 to draw attention to the plight of wolves in Wisconsin. Wolves were being hunted with hound dogs, trapped and killed shortly after being taken of the endangered species list 2012.

Additional information and history on this conflict is available in the following blog by clicking on the highlighted blue words: Dogs may be trained statewide by pursuing bear in Wisconsin starting on July first resulting in bloody wolf-on-dog-fights

Bear hounds die every July at an alarming rate…

Adult wolves are very defensive of pups at rendezvous and end up killing dogs that come into contact with pups near rendezvous sites. Dogs run in large free roaming packs up to 6 at a time in pursuit of bear.