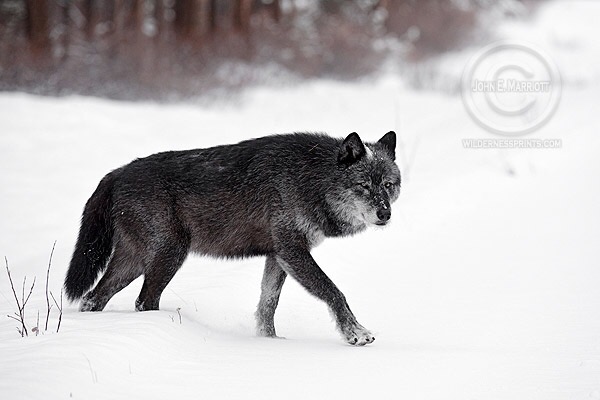 A Broadcast in Education Friday at 7:00 pm – Ms. Weiss will be taking your questoins at 9:00 pm live est.  Go to wolfdogradio.com  for broadcast details.

Amaroq Weiss, West Coast Wolf Organizer for the Center for Biological Diversity, coordinates campaigns for the restoration and protection of wolf populations in California, Oregon and Washington, and also works to maintain protections for wolves at the federal level. A biologist and former attorney, Amaroq has worked for 19 years for wolf conservation in the Pacific West, Northern Rockies, Southwest and Alaska. She was an appointed stakeholder that helped Oregon develop its state wolf plan, and was similarly a stakeholder-advisor in California’s process to craft its state wolf plan. She has testified at state, federal and county hearings about wolves, successfully argued the administrative petition to fully protect wolves under California’s state endangered species act, and given countless public presentations about this charismatic species.
Amaroq routinely acts as ground support in wolf–related litigation and science matters for the Center for Biological Diversity, is a regularly invited speaker at the annual Public Interest Environmental Law Conference, given interviews on NPR radio programs including KCRW’s Which Way L.A.? with Warren Olney and KQED’s Forum with Michael Krasny; and was a panelist on the Idaho Public Television Broadcasting program, Predators in the West, which aired in five western states. She is a contributing author and editor of multiple publications including Making Room for Recovery: The Case for Maintaining Endangered Species Act Protections for America’s Wolves (2014), Social and Ecological Benefits of Restored Wolf Populations (2007), Places for Wolves (2007), Places for Grizzly Bears (2007), Livestock and Wolves: a Guide to Nonlethal Tools and Methods to Reduce Conflicts (2008), and Social and Ecological Benefits of Restored Wolf Populations (2008). She also appears in two recent documentaries about California’s first known wild wolf in 87 years, “OR7 – The Journey” and “The OR-7 Expedition.”

​Wolfdog radio was created to give those within the wolfdog community an avenue to be heard on topics that need to be addressed to highlight those that are dedicated to the Education, research and responsible rescue/placement/housing/rehoming of animals in need and to bring accurate, factual information regarding wolfdogs and wolves to it’s audience.

Wolfdog radio has been privileged to gain access to guests thought unreachable, discussed topics that touch the heart and bring fire to one’s soul, bringing topics forth that are sometimes not easily discussed or popular to many.
We invite you to join us on this path, to share in the enrichment and betterment of these majestic companion animals of wolf content that we are endeared by and enjoy.
Wolfdog Radio will continue to grow, will never stand still, will never be confined by borders or boundaries, we will ask when, why, how, and most importantly…what can we do to be proactive responsible citizens.

Mission Statement – Wolfdog Radio was created to bring current, relevant, educational and legislative issues to the forefront and be a proactive voice. Our path is always changing, as are the issues and topics which we will bring to our listeners. Wolfdog Radio wishes to keep our listeners informed, entertained and be a constant reminder that YOUR voice does count!