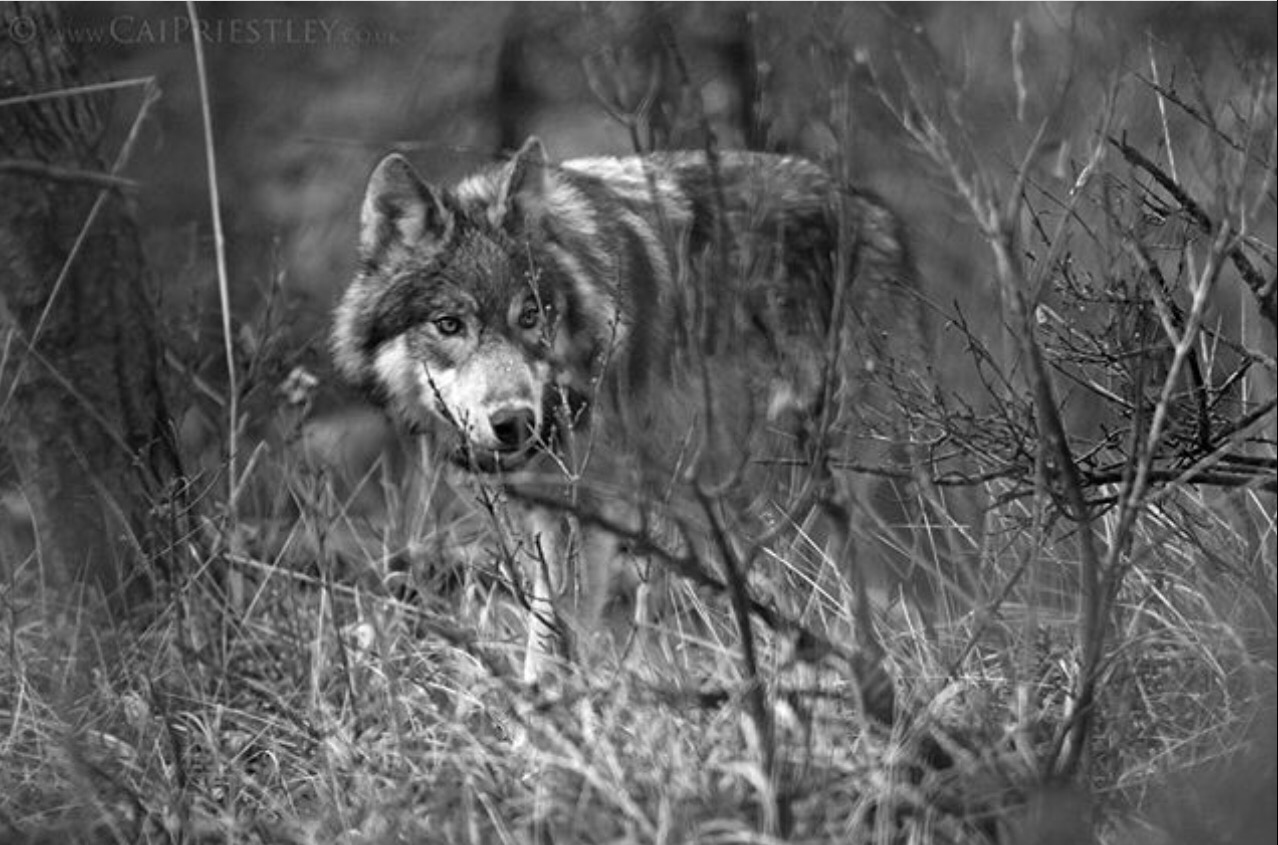 Dogs may be trained statewide by pursuing bear in Wisconsin starting on July first resulting in bloody wolf-on-dog-fights The following is the latest list of hound hunting dog fatalities as a result of pursuing bear near wolf den sites (called rendezvous sites).

WI DNR wolf caution area is created for hunters that are training dogs on bear to alert them about wolves that are actively protecting a rendezvous site. There are now five new wolf caution areas as of today’s date. View Dog depredations by wolves for 2016 (listed by date) on WI DNR website by clicking HERE.
Handlers that lose dogs to wolves defending their pups can be reimbursed up to $2,500.00 per dead dog. It’s a win win situation for hound hunters that send their dogs in pursuit of bear during training and hunting. *please note: WODCW is not implying that hunters leave thier dogs out for wolves to kill on purpose to collect money.

Running total thus far to be paid out is $22,500.00 for nine dead hound hunting dogs in the pursuit of bear

Wolf pups are born around mid-April and are approximately two and a half months at the time WI bear hunters begin training dogs on bear starting July first. Typically wolves leave their pups at a rendezvous site for safe keeping to be watched over by a babysitter. The pup’s family members keep a close eye on the rendezvous site while off hunting.

Adult wolves are very defensive of pups at rendezvous sites and end up killing dogs that come into contact with pups near rendezvous sites. Dogs run in large free roaming packs up to 6 at a time in pursuit of bear.
During training on bear hunting dogs wear collars equipped with radio telemetry devices. The dog’s handlers are often miles away from the scene in bear trucks monitoring the hounds with radio telemetry or even satellite GPS training and tracking systems. GPS training and tracking systems may have a range of up to ten miles.

In 1963 when dogs were first used in the pursuit of bear wolves had been extirpated in the state of Wisconsin. Today there are 222 wolf packs in Wisconsin.

Is it time to re evaluate the use of dogs in pursuit of bear?

For more history on this controversy between WI hound hunters and wolves click the following blue highlighted words: Dogs may be trained statewide by pursuing bear in Wisconsin starting on July first resulting in bloody wolf-on-dog-fights.