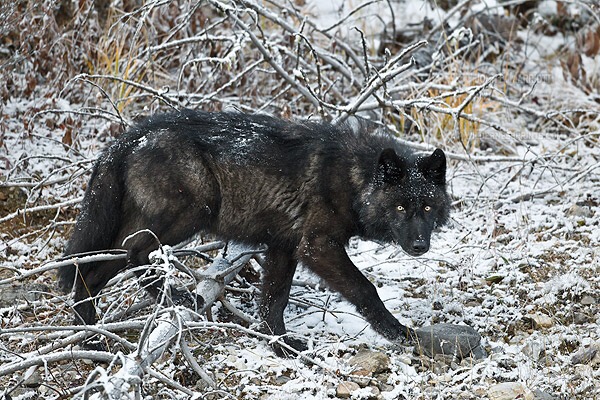 The war on wildlife diven by special interests politics undermines the basic goals and objectives within the Endangered Species Act.  In the following letter 968 scientists ask for best available science to be the guide.  Read on:

We, the under-signed scientists, recommend the U.S. government place species conservation policy on firmer scientific footing by following the procedure described below for using the best available science.
A recent survey finds that substantial numbers of scientists at the U.S. Fish and Wildlife Service (FWS) and the National Oceanic and Atmospheric Administration believe that political influence at their agency is too high.i Further, recent species listing and delisting decisions appear misaligned with scientific understanding.ii,iii,iv,v,vi For example, in its nationwide delisting decision for gray wolves in 2013, the FWS internal review failed the best science test when reviewed by an independent peer-review panel.vii Just last year, a FWS decision not to list the wolverine ran counter to the opinions of agency and external scientists.viii

We ask that the Departments of the Interior and Commerce make determinations under the Endangered Species Act only after they make public the independent recommendations from the scientific community, based on the best available science.

The best available science comes from independent scientists with relevant expertise who are able to evaluate and synthesize the available science, and adhere to standards of peer-review and full conflict-of-interest disclosure.

We ask that agency scientific recommendations be developed with external review by independent scientific experts. There are several mechanisms by which this can happen; however, of greatest importance is that an independent, external, and transparent science-based process is applied consistently to both listing and delisting decisions.

While other factors can enter into implementation of the Endangered Species Act, listing and delisting decisions are required by law to be based on the best available science.