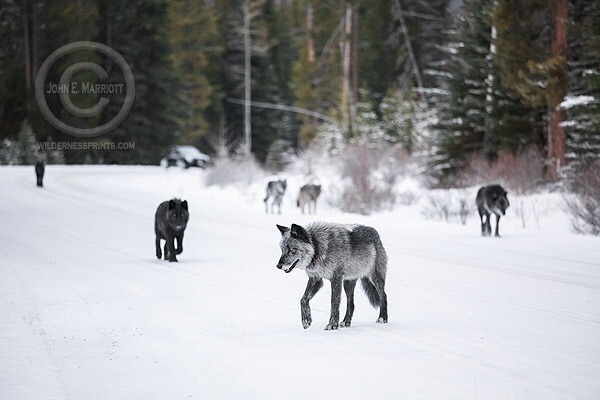 Source: When you start killing wolves, something odd happens by By Niki Rust

The US sometimes allows the killing of wolves, on the grounds that it can help conservation, but in fact there is a surprising knock-on effect

As the cold early spring sun began to shine between the trees, the only sound heard for miles around was the gentle rustling of leaves in the bone-chilling breeze. But faintly, in the distance, the galloping of footsteps began to thunder through the forest.

The wolf pack darted between the conifers on the trail of a deer. Suddenly, a deafening explosion echoed through the woods, and a wolf at the rear of the pack yelped and dropped to the floor. A poacher had shot it dead.

Such illegal killings are thought to be relatively common in the US. However, because poaching is illegal, we do not have a firm grasp on how often this illicit behaviour really goes on.

Conservationists have previously thought that poaching subsides if either legal culling by government officials, or trophy hunting, is allowed. The idea is that these legal forms of killing can make local people more tolerant of the wildlife they live with, reducing their urge to illegally kill animals.

However, until now nobody has ever tested this assumption. Click here to go to full article