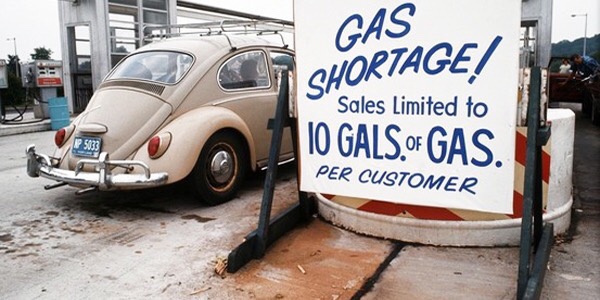 In 1970 I was 16 years old and witnessed the protests against the Vietnam war and the counterculture. At 16 years of age I thought we could do anything and that we could save the environment. Little did I know that it would be a lifelong fight.

But back in 1970 the first environmental fight began to save our planet earth and it started with Gaylord Nelson’s Earth Day on April 22. My favorite song of the time was Bridge Over Troubled Waters  by Simon and Garfunkle. Everyone was driving the cars with the huge V8 engine, and smog from factory and coal plant smokestacks was an accceptable byproduct of the industrial complex in America.

After the massive oil spill of 1969 in Santa Barbara, California, America’s  youth began to fight back. Gaylord Nelson led the way with creating Earth Day as a day to recognize our planet as a living, breathing home we all must take care of and safeguard for future generations.

Watch the following video of the first Eath Day in 1970.

As a child of the sixties growing up with the songs of the Beatles-Don’t Let Me Down, and watching the first landing on the Moon it was a time of great exploration and innovation. Yet the price was too high for all this luxury and planet Earth was suffering.

Read the following from The U.S. Department of State, Historian’s Office: “During the 1973 Arab-Israeli War, Arab members of the Organization of Petroleum Exporting Countries (OPEC) imposed an embargo against the United States in retaliation for the U.S. decision to re-supply the Israeli military and to gain leverage in the post-war peace negotiations. Arab OPEC members also extended the embargo to other countries that supported Israel including the Netherlands, Portugal, and South Africa. The embargo both banned petroleum exports to the targeted nations and introduced cuts in oil production. Several years of negotiations between oil-producing nations and oil companies had already destabilized a decades-old pricing system, which exacerbated the embargo’s effects.”

Detroit’s goodwill toward fuel economy changed in 1974. Oil prices shocked Americans into a new awareness of the cost of energy—and the gas-guzzling ways of their automobiles. (Source)

Americans began to ask for smaller and fuel efficiency in their vehicles and the battle began in the 1980s.

Back to, At 16 years of age I thought we could do anything and that we could save the environment…

I was involved with helping to save the prairie chicken and the whooping crane as a sixth grader at Crestwood Elementary school in Madison, Wisconsin. That’s where my life-long-fight for the environment began.

Then I heard about the wolves coming back to Wisconsin…

“While we were growing up in Wisconsin during the 1950s and 1960s, gray wolves (we always called them timber wolves, Canis lupus) were making their last stand in northern Wisconsin. Wolves were considered a wilderness-dependant relic of Wisconsin’s frontier past that no longer belonged in our state. We did not expect wolves to ever again return to the state, at least not in any sizeable numbers. Among us, Dick Thiel was the most tenacious about trying to find evidence of wolves in Wisconsin, even as a student in the 1960s and 1970s. When wolves began returning during the mid-1970s, we dared not hope for any more than a token population of wolves to reestablish. The recovery of wolves in Wisconsin has succeeded beyond our wildest dreams. We have had the pleasure to document and track the amazing return of this powerful predator to our state.”  Source: Chapter 10, History, Population Growth, and Management of Wolves in Wisconsin Book Title Recovery of Gray Wolves in the Great Lakes Region of the United States

Wisconsin wolves were coming back in the 1970s by traveling in from the Minnesota-Wisconsin state boundary in Douglas county. I began helping on the Wisconsin Wolf Recovery program in 1998 and was assigned a tracking block to monitor in 2000.

Photograph is of a Wisconsin wolf pup – WIDNR photograph

It’s a well known fact the wolves occupy a mere 2% of their historic range in the USA.

Have we made strides in protecting our home ‘Mother Earth’ by cutting fuel emissions, cutting our carbon foot print, and consuming less?  Are we doing enough to protect endangered species? Or does the following saying apply today, “the more things change, the more they stay the same.”

Here is a list of ways you can help save our planet Earth now and for future generations.  Let’s start now and don’t wait for Earth Day on April 22, 2016. Real on:

Plastic is filling up our oceans, so reduce, reuse and recycle.

If you don’t need it, then don’t buy it.

Turn off the water while you’re brushing your teeth.

Go for a walk in nature.

Buy fuel efficient cars, better yet get a bike.

One thought on “Saving our planet is a life-long-fight for every Earth Day! ”